CHINA Xi urges support for retirees in caring for next generations

Xi urges support for retirees in caring for next generations 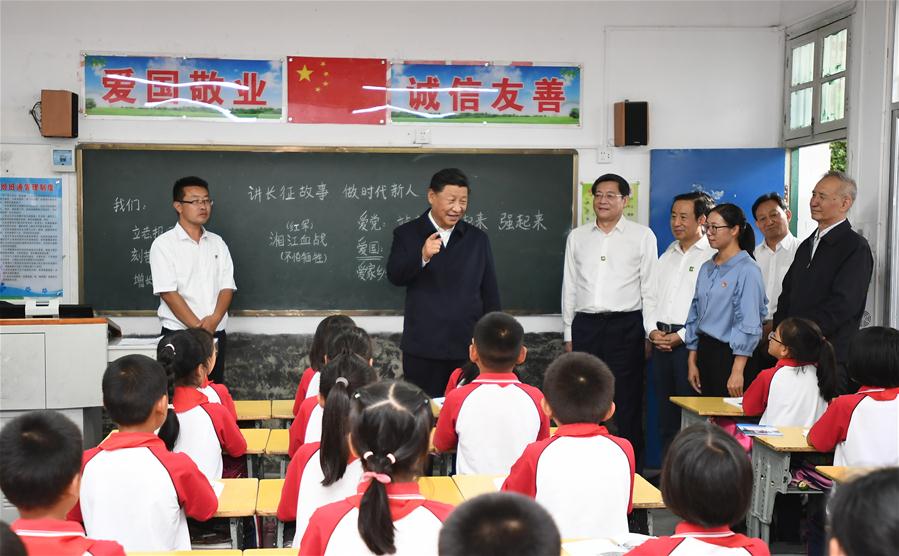 BEIJING, Nov. 18 (Xinhua) -- Chinese President Xi Jinping has urged efforts to support more retirees to care for the next generations and nurture new generations of young people who are well-prepared to join the socialist cause.

Xi, also general secretary of the Communist Party of China (CPC) Central Committee and chairman of the Central Military Commission, made the remarks in an instruction for a national conference marking the 30th anniversary of the China working committee of care for the next generations held in Beijing Tuesday and Wednesday.

Noting that youths are the future of a country and hope of a nation, Xi said the committee has rallied retirees, including retired officials, experts, teachers and role models as well as veterans, in promoting the healthy growth of young people since its founding 30 years ago, especially since the 18th CPC National Congress in 2012.

He called retirees a treasure for the Party and the state and an important source of strength for enhancing the ideological and political education of youngsters.

While urging Party committees and governments at all levels to intensify leadership in the work of caring for the next generations, Xi said they should support more retirees in the cause so as to make new and greater contributions to nurturing new generations of young people who are well-prepared to join the socialist cause.

Vice Premier Sun Chunlan, also a member of the Political Bureau of the CPC Central Committee, called on retirees and the working committees of care for future generations at all levels to implement Xi's instruction and give play to retirees' advantages to carry out the education on revolutionary tradition and ensure the growth of youths in an all-around  way.

A total of 593 units and 1,907 individuals were commended at the conference for work in this regard. The conference was attended by more than 300 people.