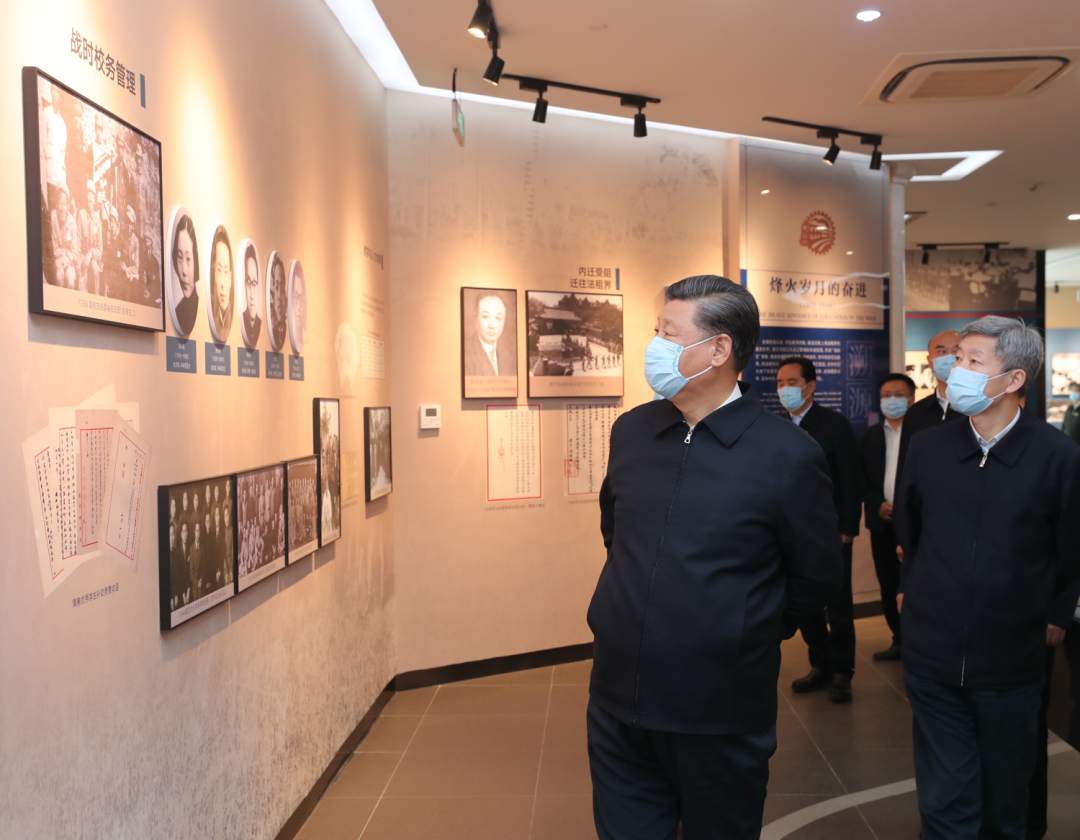 XI'AN, April 23 (Xinhua) -- Xi Jinping, general secretary of the Communist Party of China Central Committee, on Wednesday visited an exhibition on the relocation of Jiaotong University from Shanghai to Xi'an and its development and achievements at a Xi'an Jiaotong University museum.
He met with 14 professors, who had been relocated along with the university decades ago.
"I was deeply moved by your letter that struck a chord in me," Xi said, speaking of a letter sent to him by Xi'an Jiaotong University's professors two years ago.
He praised the professors for making personal sacrifices for the interest of the country by moving along with the university from Shanghai to Xi'an.
Xi noted the great significance of the university's relocation to the whole country, nation and the development of China's western region.
He encouraged teachers and students of the university to remain true to their original aspiration, continue to draw inspirations from the relocation, pursue their careers in the most-needed places of the country, and pass on the "westward relocation spirit" from generation to generation.