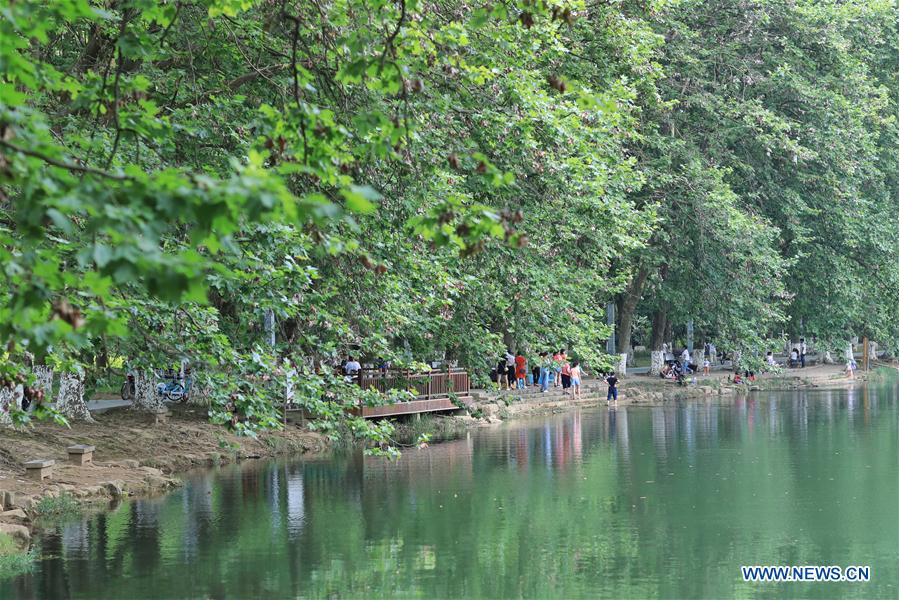 President Xi Jinping has extended his greetings to the opening of the Eco Forum Global Annual Conference Guiyang 2018, which opened on Saturday in the capital of southwestern China's Gui­zhou province.

"Ecological conservation concerns the future of the mankind, and it's the common goal of all nations to build a green home," Xi said in a congratulatory letter to the forum.

"China highly values ecological and environmental protection," the president said. "Guided by the conviction that clear waters and lush mountains are invaluable assets, the country advocates harmonious co­existence between humans and nature, and sticks to the path of green and sustainable development."

Xi said he believed that the annual conference — this year themed "Embracing a new era of eco-civilization: green development with high priority to ecology" — would help all parties strengthen consensus and cooperation for the development of global ecological civilization.

"China is ready to work with the international community to realize the 2030 Agenda for Sustainable Development and build a clean, beautiful world," Xi said in his letter.

This year's conference gathered more than 2,400 participants, including international guests from over 30 countries and regions and involving almost all the top international organizations specialized in environment protection and green development.

The three-day conference includes seven summits, 10 themed forums, five international workshops and international consul­­tation sessions, as well as some featured activities. Besides inviting international stake­holders, the eco forum has made international exchange and cooperation key parts of its agenda.

The Sino-Swiss Dialogue, held annually since 2014, brought together guests from both countries for in-depth conversations in fields like technological in­novation.

"For a long time, Switzerland has paid attention to the relationship between development and environment, and found a successful path of green development for an inland mountainous country like itself. Guizhou should learn from its experience," said Lu Yongzheng, vice-governor of Guizhou.

Lu said the dialogue is meaningful not only in exchanging experiences and concepts, but in offering an opportunity to strengthen mutual cooperation between them.

Xi's letter has drawn wide and positive responses from conference participants and the public.

Olafur Grimsson, former president of Iceland, said at the forum he is impressed with China's recent commitment to green development. "In the past, we were not used to looking at China as a leading country in sustainable development, green development and clean energy. But all of those are becoming a reality right now," he told the forum.

Xiao Yongxian, a plum farm operator from Shi'erpan village in the Yanhe Tujia autonomous county in Guizhou, said the environment is the most equitable public goods and the most universal benefit for people.

Li Gelin, director of the poverty alleviation office from Leishan county in Guizhou, said concepts like "clear waters and lush mountains are invaluable assets" and "ecological environment should be protected like our own eyes" have been widely accepted by both the local government and residents.

"Our county's 'all-for-one tourism' has witnessed healthy and proud development thanks to our good ecological environment," Li said.

Guizhou, which began with its ecological civilization construction efforts in 2007, has seen its GDP rise to 1.35 trillion yuan from 280 billion yuan ($203.35 billion from $42.17 billion) in 10 years. Its green economy accounted for 37 percent of its total GDP last year.

Gao Peiyong, vice-president of the Chinese Academy of Social Sciences, said some underdeveloped and remote areas like Guizhou usually have rich ecological resources, and they should take full advantage of their potentials to help reduce poverty.