CHINA Xi vows to be selfless, devoted to Chinese people

Xi vows to be selfless, devoted to Chinese people 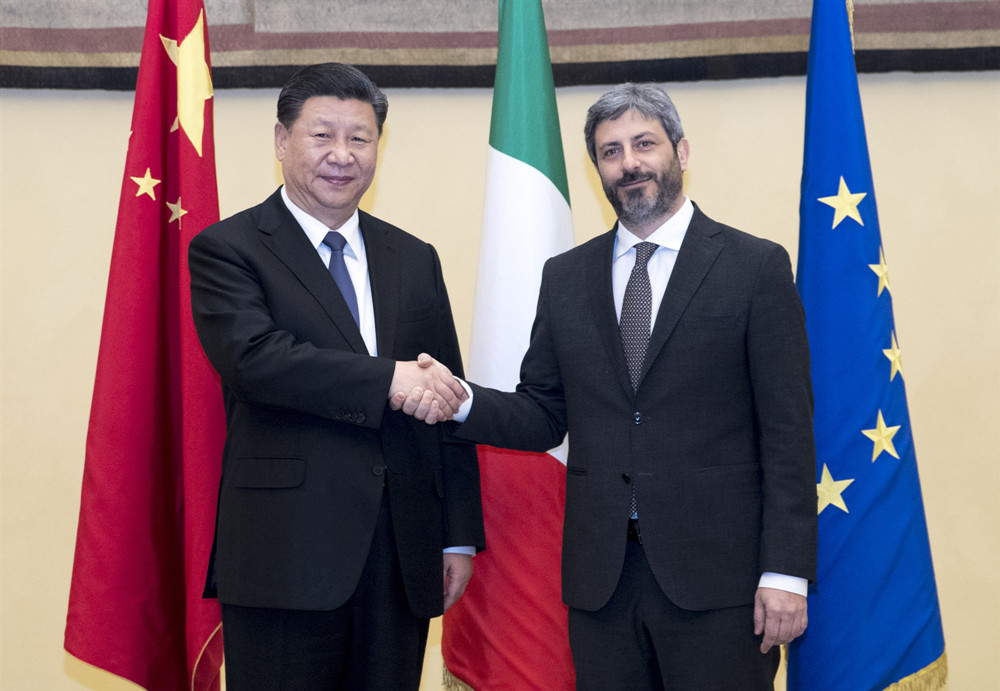 After a meeting with visiting Chinese President Xi Jinping on Friday, the Italian lower house speaker raised an unplanned question.

“What did you feel when you were elected Chinese President?” Roberto Fico, president of the Italian Chamber of Deputies, asked Xi.

The 44-year-old was elected speaker of the Italian lower house in March 2018. Fico explained that he was overwhelmingly excited about the election result and was curious about Xi’s feelings when he was elected to lead China, a country much bigger than Italy.

It’s a heavy responsibility and an arduous task to be Chinese President, Xi replied.

Xi said he would like to be selfless and determined to devote himself to serving the Chinese people and China’s development.

An athlete can improve his performance significantly through rigorous training. Similarly, he believes he could make the country a better place with the huge support of 1.3 billion Chinese people, Xi said.

“I have the confidence to make it and so do the Chinese people.” said Xi.

Xi also extended an invitation to Fico to visit China.