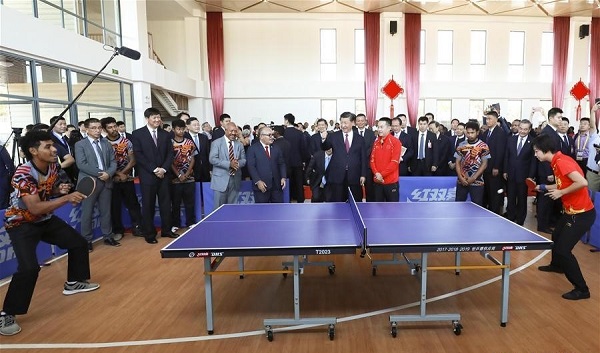 Chinese President Xi Jinping and Papua New Guinea (PNG) Prime Minister Peter O'Neill interacted with the Chinese table tennis coaches who were training local athletes while attending the opening ceremony of the PNG and China friendship school on Friday. In the corner of the Butuka Academy multipurpose hall, Chinese coach and former world champion Shi Zhihao, together with Olympic champion Zhang Yining, is training the PNG table tennis athletes. Xi Jinping encouraged them to strive for success and be the friendly messengers of the two peoples. 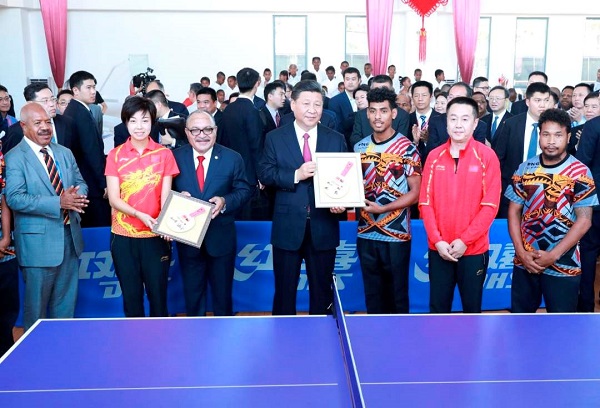 This is a new chapter of Xi's "sports diplomacy". Xi is a sports fan, and he believes that sport exchanges with modesty and confidence have always been an important part of China's diplomatic activities.

Following are some stories on Xi's "sports diplomacy": 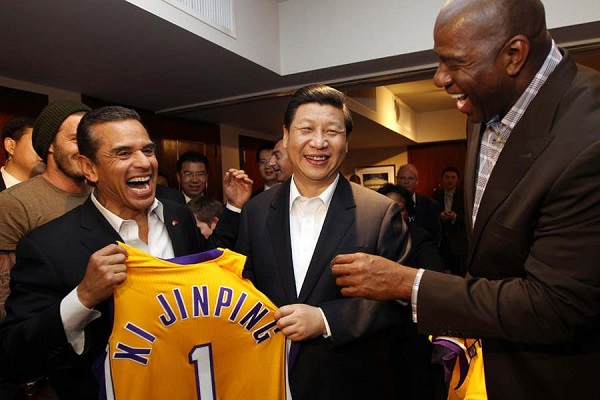 1. In February 2012, the then Chinese Vice president Xi Jinping went to the Staples Center in Los Angeles, USA, to watch the Los Angeles Lakers' game against the Phoenix Suns. Xi laughed and watched the game with glasses on. During the game, he is presented with a souvenir Los Angeles Laker jersey with his name imprinted on it.

2. In March 2013, before the fifth BRISC Leaders Meeting, Xi said that he is a sports fan and wittily asked if there's another Paul the Octopus in the coming Brazil World Cup in a local interview.

3. In June 2013, Xi gave a speech in Mexico City, Mexico, during his state visit to the country. He said: "I am a football fan myself. The Chinese football players have worked very hard, but so far, our national team has qualified for the World Cup only once. It was Mr. Bora Milutinovic who led the Chinese football team to the World Cup and who also happened to be the head coach of Mexico's national football team.” 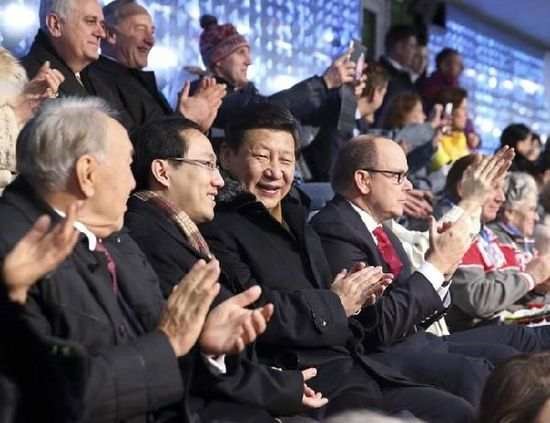 4. In February 2014, Xi was invited by Russian President Vladimir Putin to attend the opening ceremony of the 22nd Winter Olympic Games, marking the first time a Chinese head of state attended a large-scale international sporting event abroad. In an interview, Xi said that he likes swimming, climbing and other sports, and learned swimming when he was four or five years old. He also likes football, volleyball, basketball, tennis, martial arts, etc., and loves to watch ice hockey, speed skating, figure skating and snow techniques. 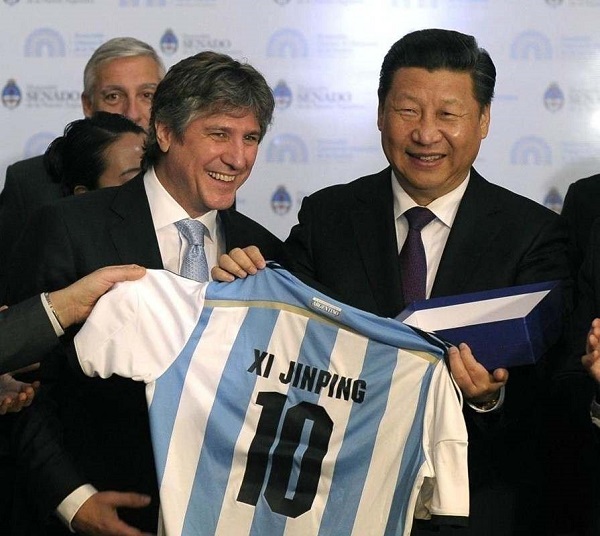 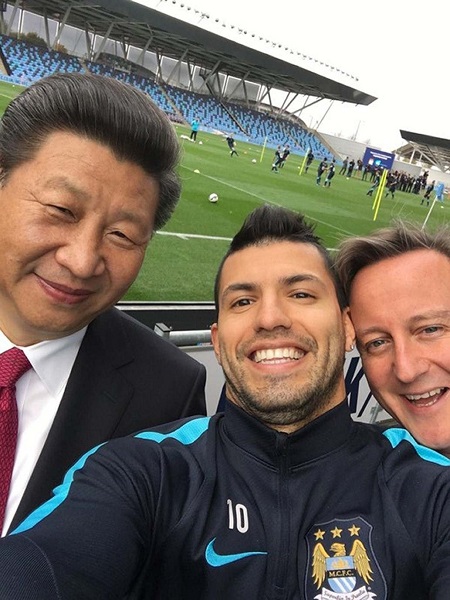 6.In October 2015, Sergio Aguero, Manchester City's number one star, took a selfie with Chinese President Xi and the UK former Prime Minister David Cameron, which graced the internet on the final day of Xi's state visit to the UK. The selfie was called the "selfie of the year" by the British media. 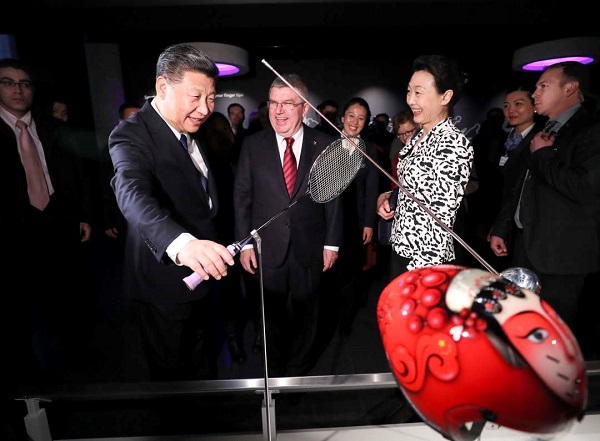 7. In January 2017, President Xi was invited to stand on the Olympic champion podium. The International Olympic Committee President Thomas Bach, also on the stage, said in a later interview, "President Xi is a true champion and I want to give him a set of medals because he has a clear vision about the important role of sports in society." 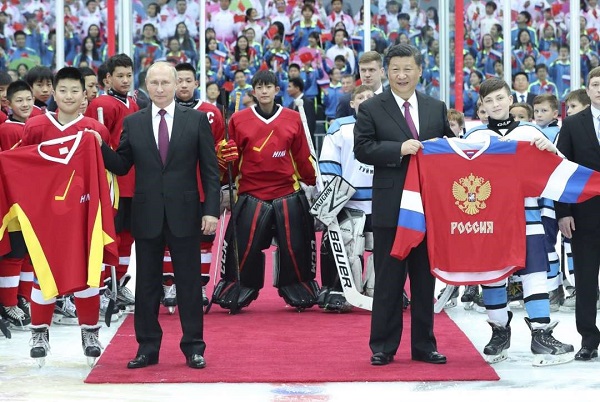 8. On June 8, 2018, President Xi and his Russian counterpart Vladimir Putin watched an ice hockey friendly match between Chinese and Russian evening teams in north China's port city of Tianjin. At the Tianjin Indoor Stadium, Xi and Putin jointly dropped the puck to kick off the match. The two leaders applauded along with more than 7,000 spectators. Before the match, the two leaders posed for group photos with the teams and talked with them. The teams presented jerseys to Xi and Putin.