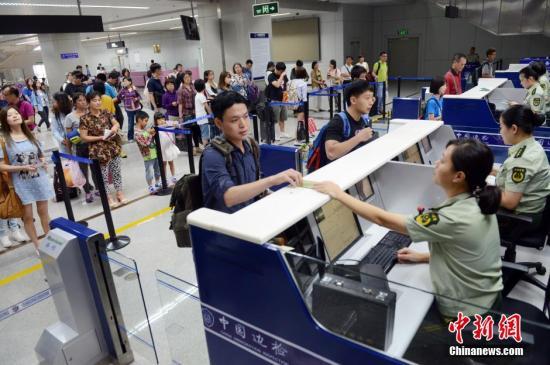 Xiamen Airlines announced Tuesday that it will fully refund passengers due to the cancellation of extra cross-Strait flights for the upcoming Spring Festival, which were obstructed by the Taiwan aviation authority.
Less than a month ahead of Spring Festival, the most important family gathering festival in China, the island's aviation authority has decided not to approve 176 additional cross-Strait flights operated by China Eastern Airlines and Xiamen Airlines.
Xiamen Airlines is based in Xiamen, Fujian Province, which faces Taiwan across the strait.
The airline announced that it will fully refund or help with ticket changes for the 10,000-plus passengers affected by the cancellation of the 70 extra cross-Strait flights.
The company also expressed its indignation toward the Taiwan authorities for taking "the approval of the flights as a bargaining counter" and ignore the travel needs of people on both sides.
Since direct flights across Taiwan Strait were opened in 2008, the airline has carried 4 million passengers on the route.
During the peak travel season, it is very difficult for passengers to book a ticket. This is not the first year Xiamen Airlines and China Eastern Airlines have added extra flights to cope with the travel demand.
Chen Kuangchung, a Taiwanese entrepreneur in Xiamen, said he was angry at the flight cancellation. He has taken the extra cross-Strait flights to return home for Spring Festival in previous years.
"Unable to buy an air ticket, I would have to travel by ship from Xiamen to Kinmen before taking a local airline to return to Taipei. The Taiwan aviation authority makes our trip home complicated," he said.