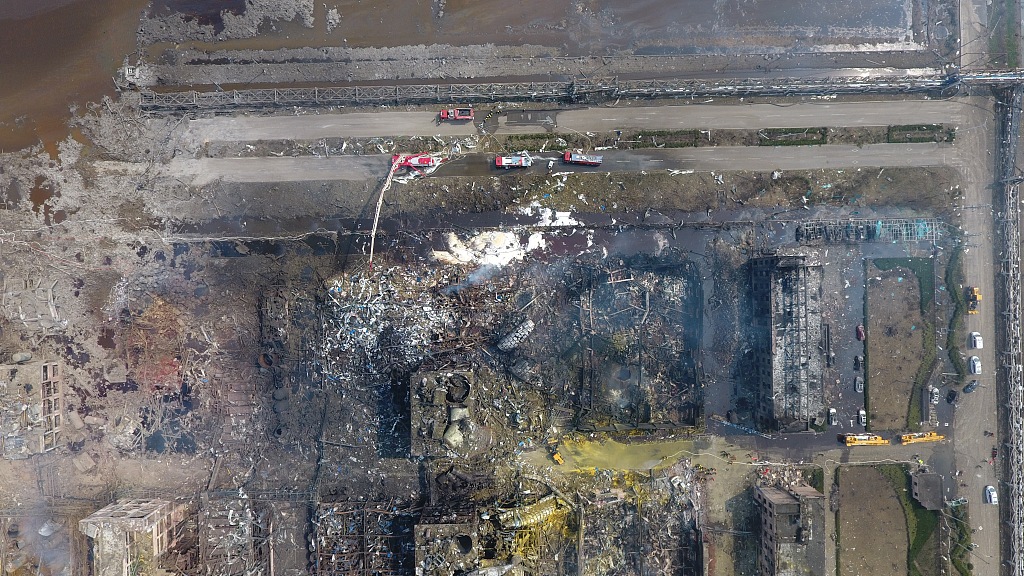 The blast has killed 64 people leaving 21 others hospitalized in critical situation. And, 28 others re-main missing on Saturday, according to a press conference of Yancheng city government which has jurisdiction over Xiangshui County.

The investigation team of China’s State Council convened a meeting on the tragedy in Xiangshui Saturday morning. It vowed a thorough probe into the blast and preventive measures will be taken to prevent similar dangers in the nation’s other chemical industries, underground mines and road transportation.

The tragedy happened causing serious casualties and economic losses, because local government officials and related companies had not learned lessons  from previous fiascoes  and were derelict of duty on taking earnest measures and precautions to guard against production hazards and dangers, the meeting of the investigation team said.

According to media reports, 13 safety problems were detected last year at the Jiangsu Tianjiayi Chemical Plant, which was fined. But the plant remained operating despite all the hidden risks. Ob-viously, lax management and regulatory slips caused the tragedy.

After the blast, all plant managerial executives were taken into police custody, local media reported.