CHINA Xinjiang and HK commentary must be based on facts: Wang Yi

Xinjiang and HK commentary must be based on facts: Wang Yi 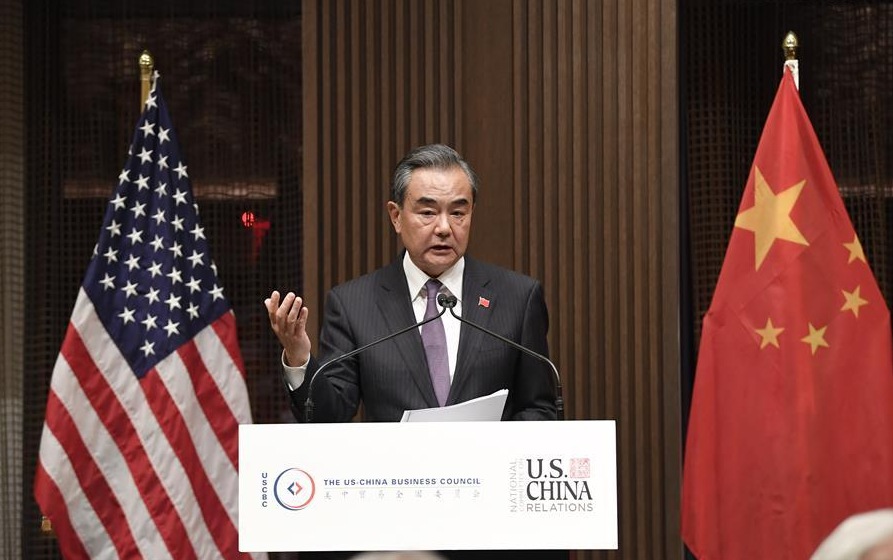 Chinese State Councilor and Foreign Minister Wang Yi delivers a keynote speech at a dinner co-hosted by the National Committee on U.S.-China Relations, the U.S.-China Business Council, the U.S. Chamber of Commerce, and Council on Foreign Relations in New York, the United States, Sept. 24, 2019. (Xinhua/Liu Jie)

New York (People’s Daily) - Chinese State Councilor and Foreign Minister Wang Yi said on Thursday during a requested Reuters interview at the United Nations, “If there are commentaries on China’s Xinjiang and Hong Kong affairs, they must be based on facts. China does not accept any unfounded accusations.”

As Wang pointed out, in the three years since preventive counterterrorism and deradicalization measures were implemented in Xinjiang, not one act of terrorism has occurred.

Wang also emphasized how such efforts have been praised by people of all ethnic groups in Xinjiang, including Uyghurs, and this accomplishment deserves credit. He later questioned why others have chosen to ignore this and continue to make false statements.

With Hong Kong, the issue is centered on how violent extremists have severely desecrated legal order and destroyed public facilities, Wang explained.

Instead of sending the wrong signals and making the protestors more reckless and unscrupulous, all parties should support the Hong Kong SAR government to stop the violence, end chaos, and restore the rule of law and order, Wang elaborated, adding that this is what an objective and fair approach should be.