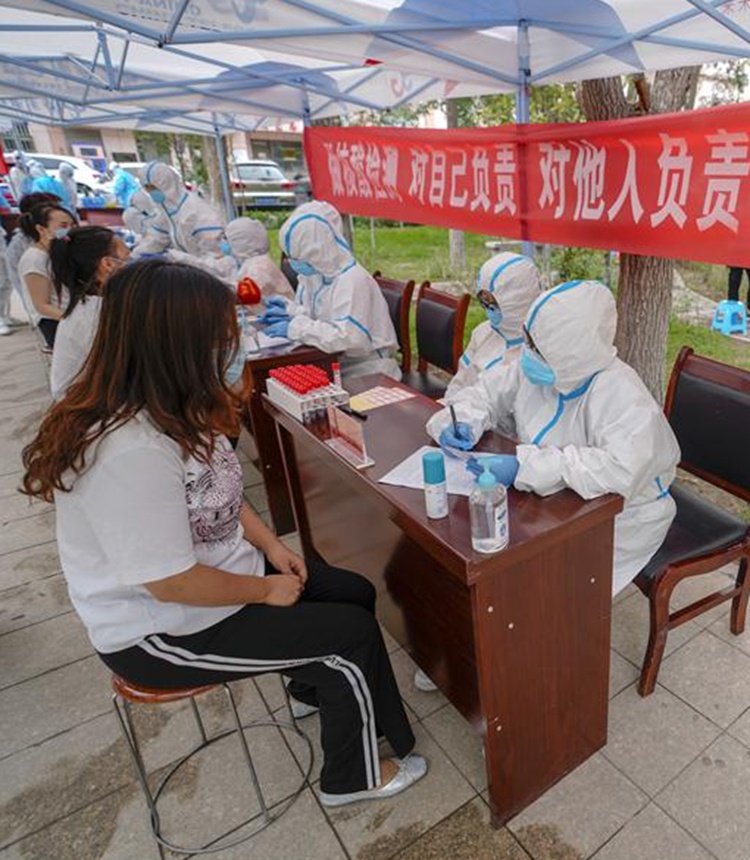 Yang told the media that the number of infections does not mean that Xinjiang is failing to cope with the epidemic, nor is it evidence that the outbreak could spread.

It is no surprise to see a city with dozens or even hundreds of COVID-19 cases while China has basically controlled the virus but still faces challenges brought by overseas infections, he said. "Two waves of infections occurred in Xinjiang and are small-scale sporadic cases. Such outbreaks could happen anytime, but China will not go through another severe epidemic like Wuhan."

Yang said the Kashi outbreak may be closely related to the low temperature, as novel coronavirus activity could flare up under such conditions.

The 137 silent virus carriers were reported soon after the first asymptomatic case on Sunday, bringing the total number of infections in Kashi to 138. Experts reached by the Global Times said that more infections could not be ruled out as nucleic acid tests in the region are being conducted.

Following the principle of respecting people and lives, Chen said Kashi will try to win the battle against the novel coronavirus and safeguard the lives and health of members of all ethnic groups. He required all-out efforts in tracking down the close contacts of infected people.

The first reported silent virus carrier was from Shufu county, which is under the jurisdiction of Kashi and home to 283,000 people. It is a multi-ethnic settlement county composed mainly of Uygurs and 13 other ethnic groups including Han, Kirgiz, and Tajik.

"As long as Kashi has proper quarantine measures, the epidemic there is controllable and preventable," Yang noted.

An outbreak occurred in Xinjiang's Urumqi on July 15 this year, and by September 7, all confirmed cases and asymptomatic infections in Xinjiang were cleared to zero. However, the source of this outbreak has not yet been found.