The number of confirmed and asymptomatic COVID-19 patients in Xinjiang dropped to zero on Monday, the same day as schools in the region reopened after Xinjiang announced its return to normalcy last week. 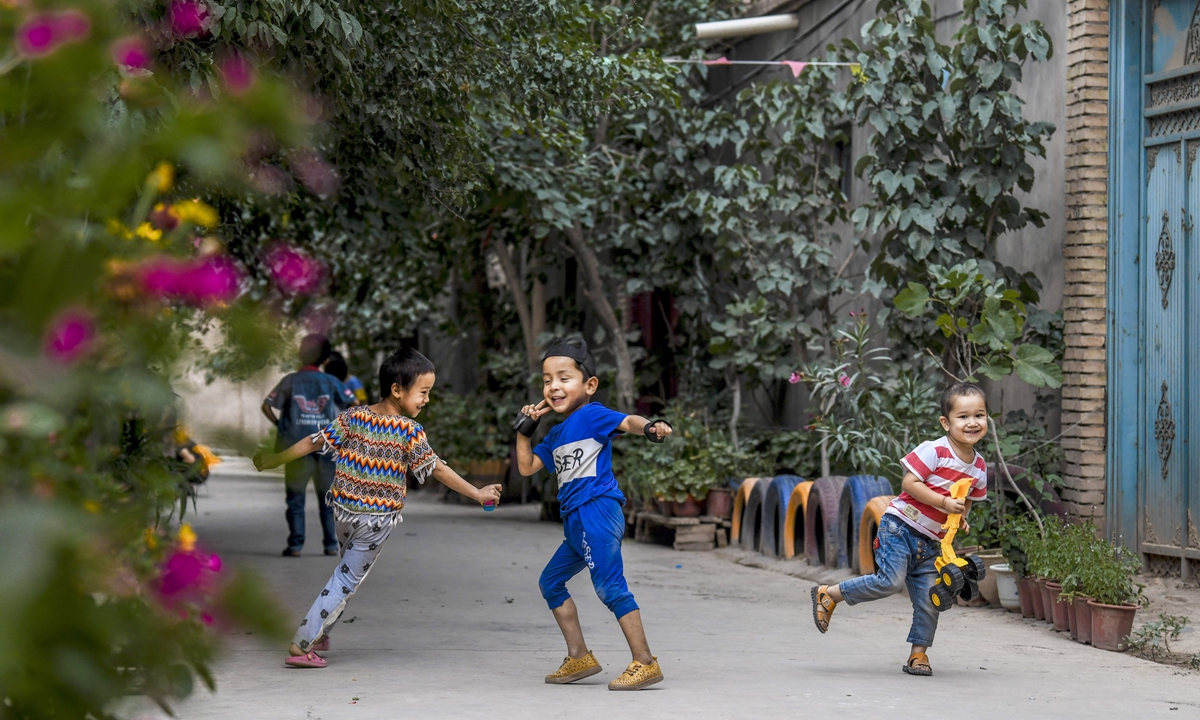 The last three confirmed COVID-19 cases were discharged from the hospital in Urumqi on Monday. Along with them, one symptomatic case was also released from medical observation

The news came after the region announced its return to normalcy last week, and also on Monday schools resumed in Xinjiang.

Tourism to the region also boomed after Xinjiang lifted strict lockdowns. As ticket searches to the region skyrocketed to 120 percent one day after the regional government announced its relaxation of anti-epidemic policies.

Over the past weekend, the Tianshan mountain in Xinjiang, an iconic scenic spot in the region, welcomed more than 600 tourists from other provinces and regions. And anyone who enters Xinjiang now needs no quarantine and nucleic test results, just a health code.

However, people in the region still remain on high alert. A Beijing resident surnamed Cao, who arrived in Urumqi on Monday told the Global Times that they were required to test their temperature before leaving the plane, having to disembark in divided groups.

Cao also said she has to register her ID and flight number…on her phone to a code administrated by the local government, and show it to the airport administration office.

Qiu Haibo, an expert from the medical treatment group under the National Health Commission, finally arrived at his home in Nanjing on September 1, after spending 185 days fighting COVID-19 in virus-hit Wuhan, Harbin, Jilin Province, and Urumqi in Xinjiang, which is the latest Chinese city to announce its return to normalcy last week.

Qiu said "hopefully (the journey to Xinjiang) is my last this year."