Companies in the Xinjiang Uygur autonomous region sanctioned by the United States over "groundless" accusations of "forced labor" said their businesses are recovering well from the initial setbacks thanks to innovative moves and the support of the strong domestic market. 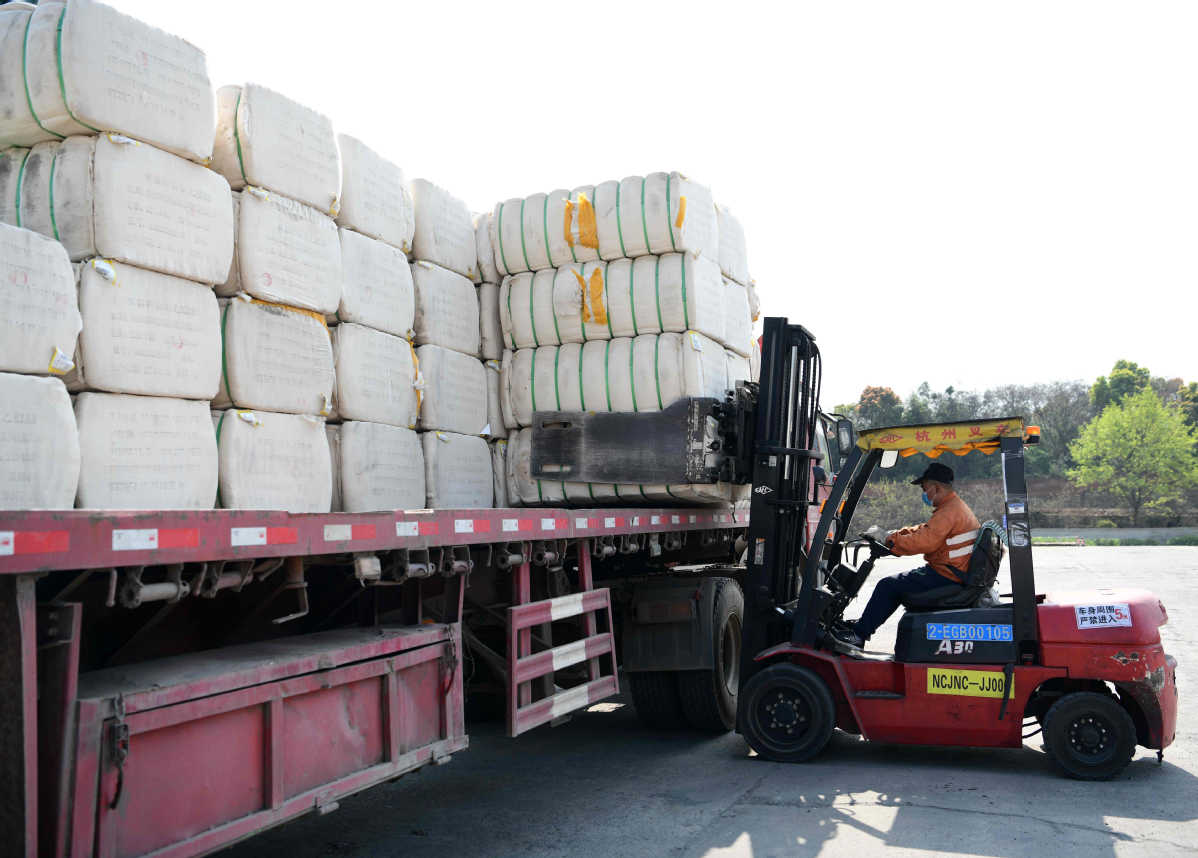 Halimurat Musar, managing assistant of the Aksu Huafu Textile Co, said that after the company was put on the Entity List by the US Department of Commerce in May last year over concerns of forced labor in Xinjiang's cotton and textile industry, some fashion brands in the US, the European Union and Japan chose to cancel orders because companies placed on the list are barred from trading with the US.

"Our businesses were nearly dealt a fatal blow at the beginning. The groundless accusation has severely damaged the company's reputation," Halimurat said during an online news conference on Wednesday with the theme "Xinjiang is a wonderful land "that aimed to show the world the reality of the region.

Aksu Huafu Textile ensured all its 5,500 employees could receive their basic salaries as the company began to take domestic orders and explore non-US markets, Halimurat said.

"During the first seven months of this year, our production was in full swing. During that period, the volume of cotton yarns produced increased 56 percent, and sales volume was up 91 percent. What's more, our revenue more than doubled," he added.

Halimurat said the US sanctions won't affect the development of Xinjiang's cotton and textile industry.

"It will only make Chinese people more united," he said.

China has stated many times that allegations of forced labor in Xinjiang by certain Western countries, including the US, are false and are aimed at curbing China's development. Besides the region's cotton sector, the US has also targeted Xinjiang's rising polysilicon and photovoltaic industries.

He Ning, secretary of the board of directors of Xinjiang Daqo New Energy, said that when he learned that the company, which specializes in producing polysilicon, was put on the Entity List in June over forced labor allegations, he thought it quite absurd because the highly automated polysilicon production process isn't labor-intensive.

"Although many of our partners and investors in overseas markets clearly know that forced labor cannot exist in Daqo, they still chose not to work with us anymore due to the political pressure from the US," He said at the news conference.

Such accusations and sanctions are not intended to protect the human rights of Xinjiang people, but to protect the US' polysilicon and photovoltaic industries, which lack competitiveness in the global market, He said.

"In a way, the sanctions have motivated us to invest more in research and development so we can always be ahead of the game," he added.

Arken Tuniyaz, vice-chairman of the Xinjiang regional government, said the US and some other Western forces have been expanding their sanctions on Xinjiang businesses based on these accusations, increasing the number of people affected.

"Their intentions will only force people out of employment and back into poverty, which will affect Xinjiang's stability. In the end, they want to use Xinjiang issues to curb the development of China," said Arken, adding that despite the sanctions, Xinjiang's foreign trade volume in the first seven months of the year increased 14 percent year-on-year.