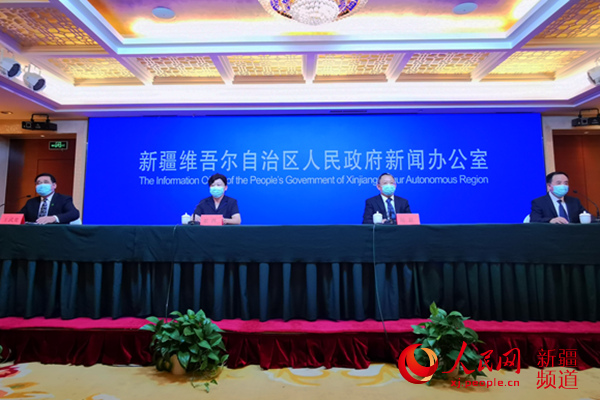 The gene sequences of virus samples taken from earlier confirmed cases were identical, proving that these cases were exposed to the same infection source, Cui Yan, director of the regional center of epidemic prevention and disease control, said at a press conference.

By Monday, Xinjiang had 606 confirmed COVID-19 cases and 114 asymptomatic cases, and 15,213 people were still under medical observation, according to the regional health commission.

Cui said 99.3 percent of the confirmed cases were reported in the regional capital Urumqi, with the numbers of new infections peaking between July 26 and 28.

Most of the cases were not in serious condition, she said.

From July 15 to Monday, a total of 42 people were discharged from hospital after recovery, and another 37 asymptomatic cases were dismissed from medical observation in Urumqi.