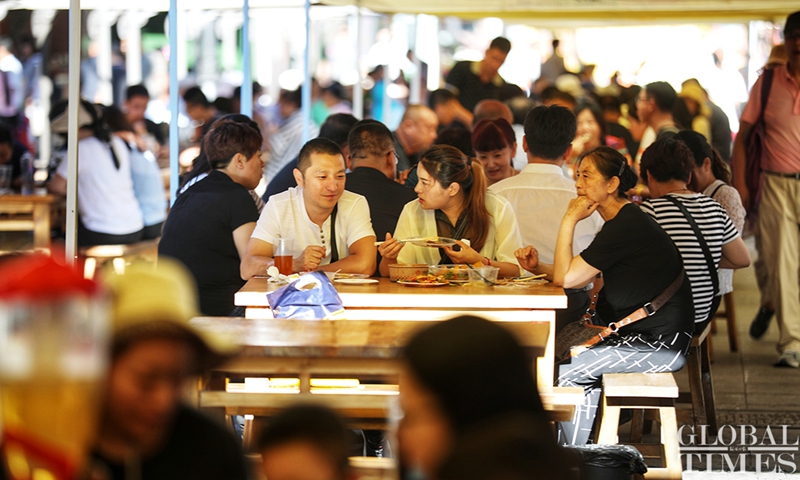 The population of the Uygur ethnic group in Northwest China's Xinjiang Uygur Autonomous Region has increased from 10.17 million to 12.71 million during the period from 2010 to 2018, showing a higher growth rate than other ethnic minorities in the data of the entire region, a Xinjiang regional government spokesperson told a press conference on Saturday, in refuting German "scholar" Adrian Zenz's accusations of Xinjiang restricting its Uygur population.
Xinjiang's total population from 2010 to 2018 has increased - the number of permanently registered residents rose from 21.81 million to 24.87 million. Among them, the population of ethnic minority groups had increased from 12.99 million to 15.86 million. The Uygur population had further risen by 2.54 million over the eight-year period, showing the highest growth rate in the region, Tursunay AbuduRhym, an official from the Xinjiang Regional Statistics Bureau, told a press conference on Saturday.
The official said that German "scholar" Adrian Zenz's so-called research report claiming that "Xinjiang's natural population growth has declined dramatically" and that "Xinjiang has suppressed the birthrates of Uygurs" are against academic research principles and serve to twist the reality in Xinjiang.
Zenz, who has been honored as a "leading expert of China's Xinjiang" by Western media outlets and has been exposed as a right-wing Christian fundamentalist "led only by God" against China, released his new "research" piece on Xinjiang regarding a more sensational topic in June - birth control, in which he accused the Chinese government of using mass sterilization, IUDs and mandatory birth control measures to suppress Uygur birth rates.

To debunk the rumors created by Zenz and hyped up further by some Western media outlets, and to also clarify regulations on family planning policy in Xinjiang, the regional government held a press conference on Saturday.
Mutalip Roz, director of the Xinjiang regional health commission, told the press conference that Xinjiang began to implement family planning policy in 1975 and that the regional government has always adopted lenient policies toward ethnic minorities.
According to "Measures on Family Planning of the Xinjiang Uygur Autonomous Region" that was published in 1992, urban Han couples could have only one child whereas rural Han couples could have two; however, urban ethnic minorities can have two children whereas those in rural areas can have three.
In 2017, Xinjiang revised its population and family planning regulations, granting the same policy to all ethnic groups, including Han: Urban couples can have two children, rural couples can have three.
"As can be seen, the family planning policy was implemented toward ethnic minorities 17 years later than the Han people, and still with more leniency compared to other Chinese provinces," Mutalip said. 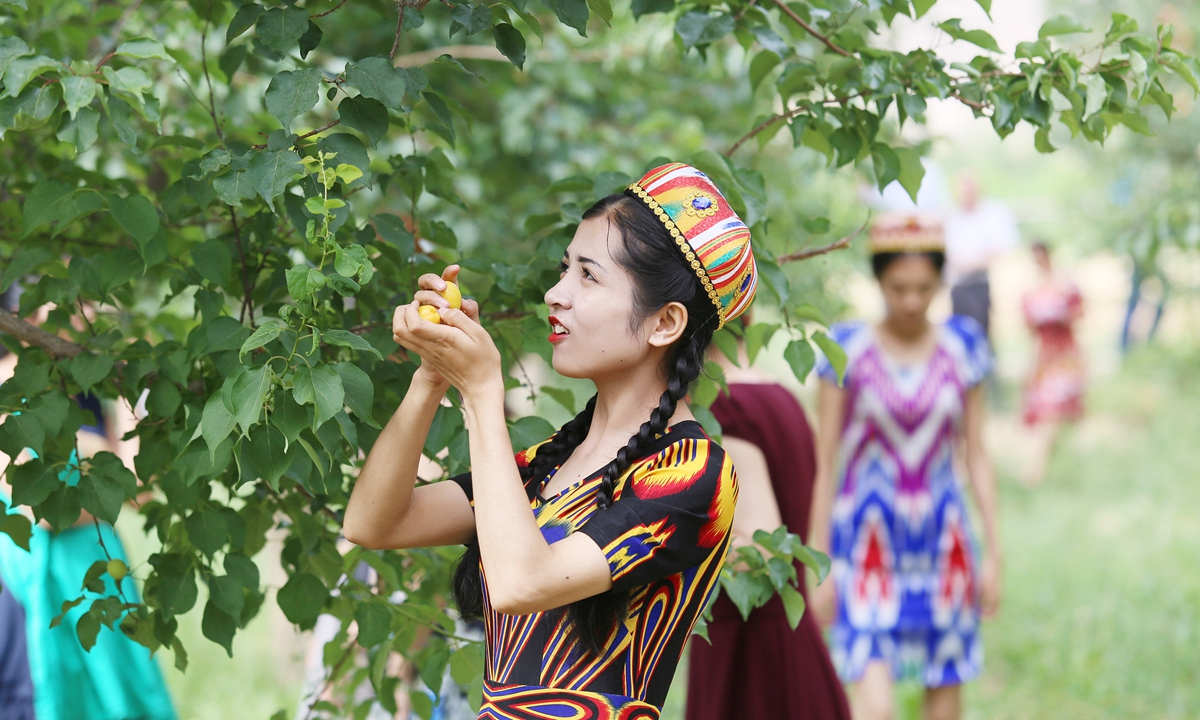 Xinjiang regional government spokesperson Eljan Anayt also debunked the lies from some "actresses" that were cited by Zenz in his report.
For example, Zumrat Dawut was quoted by Zenz as saying that after her release from the education and training center, she was forced to be sterilized and have her uterus removed because she gave birth to more than two children.
Actually, Zumrat has never studied in any education and training center, and her fifth brother Abduhelil Dawut had clarifiedthis fact in a previous interview with the Global Times.
Eljan noted that in March 2013, Zumrat gave birth to her third child in Urumqi's Maternal and Child Care Service Center and voluntary signed a childbirth consent form, firmly requesting "to have a caesarean section and tubal ligation," and then the center conducted the operation as required. She was never sterilized, not to mention ever had her "uterus removed."
Another "actress," Mihrigul Tursun, claimed that she was forced to take unknown drugs which led to irregular bleeding and reduced menstrual cycles when she was in an education and training center. She went on to claim further that she was confirmed as having been "sterilized" by US doctors.
Eljan said that Mihrigul was detained on April 21, 2017 for inciting ethnic hatred and discrimination by the public security bureau (PSB) in Qiemo county. As Mihrigul had many infectious diseases including syphilis, the county PSB withdrew coercive measures toward her out of humanitarian considerations on May 10, 2017.
Another investigation shows that there had been no record confirming her receiving any contraceptive operation, and her parents have said she is fertile.
The "actress" Tursunay Zinavdin claimed that the tubal legation she was forced to have was conducted in an irreversible way. However, an investigation found that she had never taken any contraceptive measures.
Tursunay Zinavdin has been married twice, with her first marriage ending in divorce with her ex-husband Tursunjan Ahmetjan objecting to her infertility. She had no child with her present husband either. Her so-called biological daughter is actually the daughter of her present husband's niece.
"We'd like to remind friends who care about Xinjiang that you may toss the reports that are related to those 'actresses' into the dustbin once you see them because they are fake news," Eljan said.
As for Zenz's accusations of Xinjiang "forcing" ethnic minority women to take IUD or other contraceptive measures, Mutalip said that these are "scandalous remarks with a malicious purpose."
The official noted that in Xinjiang, illegal medical practices like late pregnancy induced labor, compulsory birth control and forced pregnancy tests are banned. People of all ethnic groups are free to choose whether or not to have contraception and how to practice it with no organization or individual intervening.
Xinjiang regional government spokesperson Eljan also refuted rumors of people being sent to training centers for violating family planning policies or refusing to pay for social maintenance fees.
In response to Zenz' claims that in order to find people violating the family planning policy, Xinjiang has carried out extensive physical examinations, Mutalip said that "this is another ridiculous lie."
Since 2016, Xinjiang has carried out the project of free physical examinations on residents with the purpose of assisting people of all ethnic groups to receive early treatment in case they have any diseases.
"There is no such evidence of using health checkups to punish or force birth control measures on those who violate the family planning policy," Mutalip said.