Northwest China's Xinjiang Uygur autonomous region began discharging water into the Tarim River, China's longest inland river, this month for the 20th time in a bid to revive the waterway that was once cut off because of excessive water consumption. 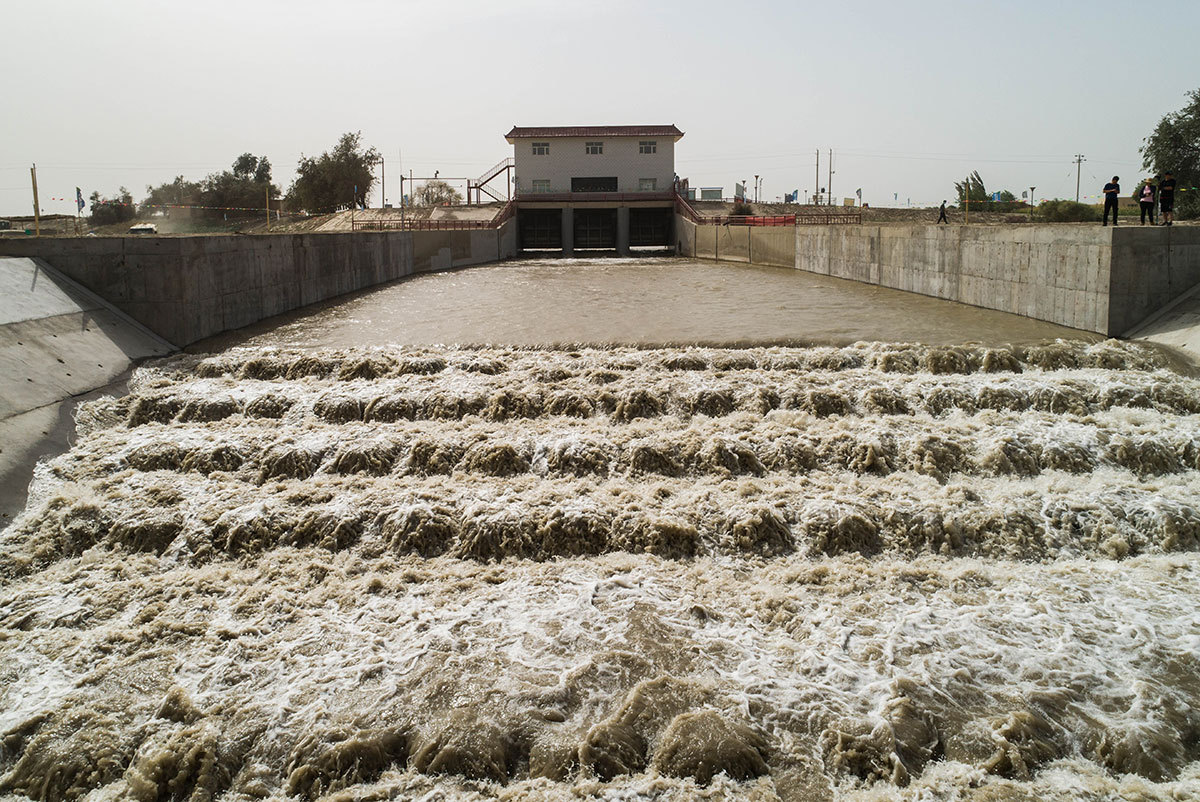 According to the Xinjiang Tarim River Basin Authority, 350 million cubic meters of water from Daxihaizi Reservoir will be discharged into the lower reaches of the river as part of a water diversion project aimed at restoring the environment along the 1,321-kilometer waterway originating from the Tianshan and Karakoram mountains.

Since the project was launched in 2000, more than 8 billion cubic m of water from the reservoir has been injected into the Tarim. Daxihaizi was originally built for agricultural irrigation use, but now its sole purpose is to revive the Tarim.

Excessive irrigation in the past once consumed too much water, which caused the Tarim's lower reaches to run dry in 1972 and push the plants along the river to the verge of disappearance. What's more, the disappearance of the waterway - also known as the "mother river of southern Xinjiang" - has caused the two deserts on both sides of it, the Taklimakan and Kumtag, to close into each other, causing greater threats to the local and even national environment.

"We will continue to inject water into the Tarim River, especially to the areas where the poplars grow," said Akrem Abula said, head of the authority. "Also, we will enforce patrols along the river to make sure that no one can illegally use the water, which is solely for restoring the ecological environment."

Monitoring results showed that the 10.7 billion yuan ($1.49 billion) water conveyance project has alleviated the ecological degradation in the lower reaches of the river. The groundwater level in the area has been greatly increased, and the species and number of animals and plants in the area have also risen, the authority said.

Taitema in the Taklimakan Desert, the world's second-largest shifting desert, is the terminal lake of the Tarim. The lake completely dried up in 1972 due to the poor conditions of the river, which has always been the lifeline for oasis cities and villages. Now covering 500 square km, Taitema has become the second-largest lake in southern Xinjiang.

The three-year restoration plan will cover 11 cities and counties along the trunk and four branches of the Tarim.

Oil producers in the area are also doing their part to protect the ecosystem. The PetroChina Tarim Oilfield Company dismantled 30 oil and gas production facilities in 2018 and will shutter 34 wells by 2020.