The government of the Xinjiang Uygur autonomous region slammed the so-called classified documents obtained by some foreign media and organizations, saying they attempted to throw mud on the region's vocational training work. 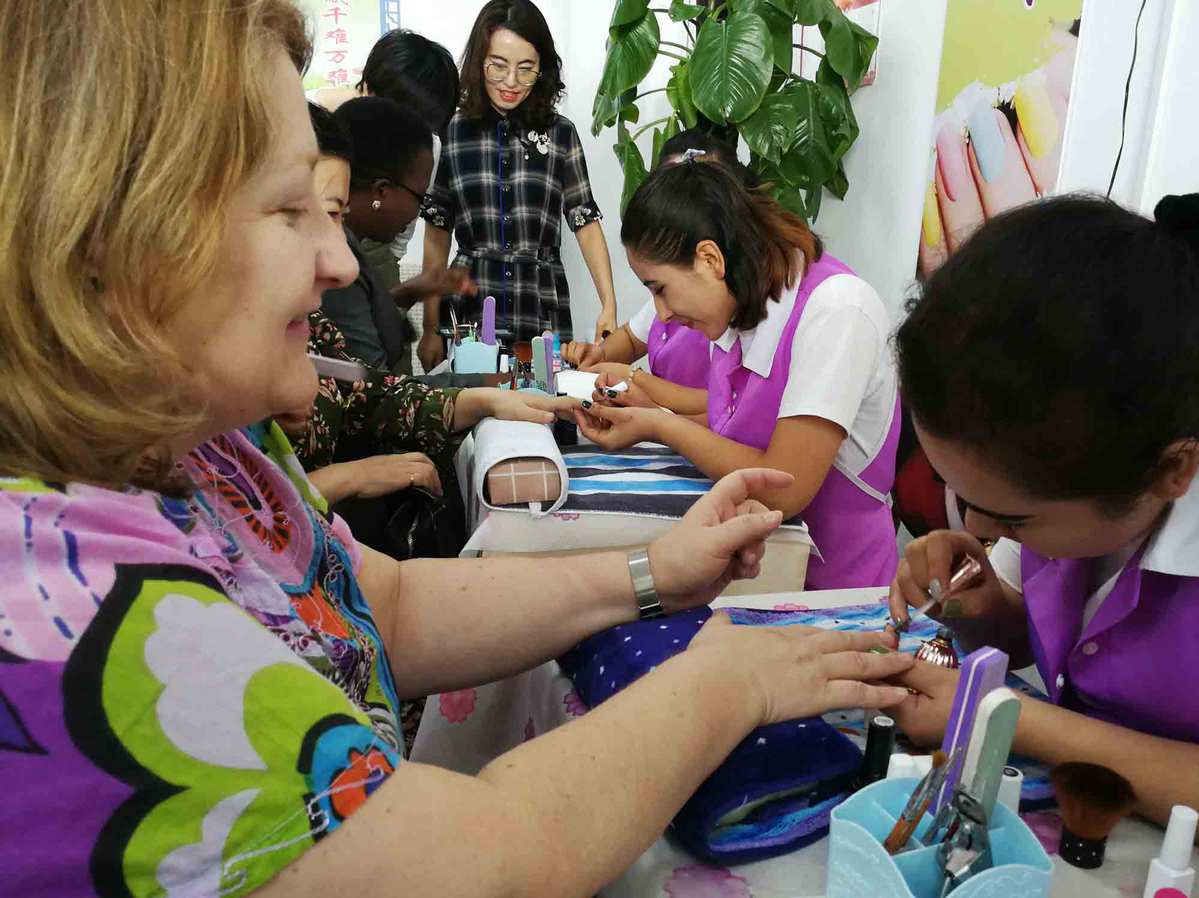 Members of a delegation of UN envoys get manicures at a vocational school in Hotan, Xinjiang Uygur autonomous region, on Aug 30, 2019. (Photo: Xinhua)

The vocational education and training centers in the region were by no means "concentration camps" as described by these media, said a statement from the regional government on Wednesday.

There was never such thing as freedom restriction in the centers, and there has not been any terrorism case in the past three years, the statement said.

Since the end of 2018, more than 1,000 people from more than 90 countries and regions have paid visits to these centers. Many of them said the centers completely meet the principle of the United Nations in the prevention of terrorism and safeguarding human rights. These centers have set an example for other countries.

There has never been a non-Chinese national in these centers, the statement said.

There are also no communications surveillance or restrictions in Xinjiang.

Also on Wednesday, Foreign Ministry spokesman Geng Shuang said a prosperous, stable and harmonious Xinjiang with unity among all ethnic groups will be the most powerful response to slanderous remarks about the region.

Xinjiang affairs are China's internal matters that allow no interference from foreign and external anti-China forces, he said.

The remarks came after United States Secretary of State Mike Pompeo claimed on Tuesday that China is committing very significant human rights abuses against Uygur Muslims and other minority groups in mass detention.

"The same old tune being played by a relevant US individual is full of political bias and lies," Geng said at a regular news conference in Beijing.

"It again exposed how he played double standards on counterterrorism and de-radicalization issues and we can clearly see how vicious his intentions are by using Xinjiang-related issues to interfere in China's internal affairs," he said.

"Following the logic of certain people, residents in Xinjiang should oppose our positive measures and live in the shadows of extremism, violence and terrorism instead; will it be the right thing?" Geng said.