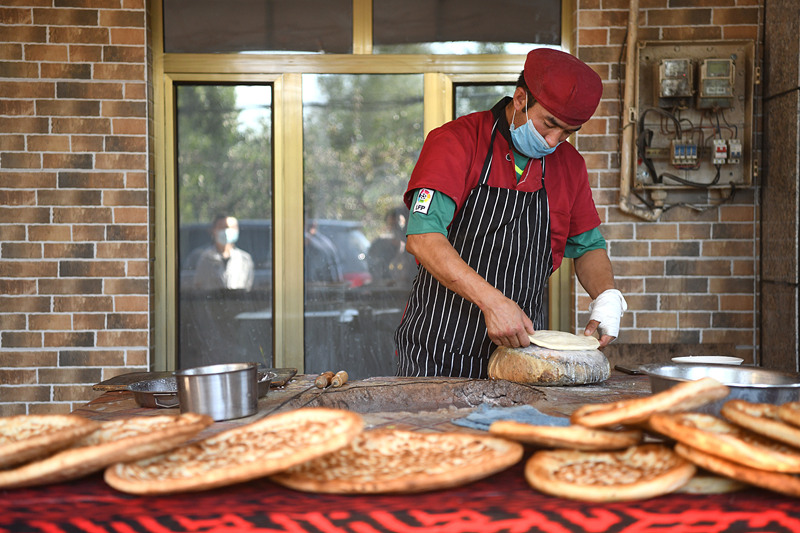 Naan is a popular staple food in Xinjiang. Making naan is also many people's main means of living and considered a promising sector to reduce poverty.

The local human resources authority said the first batch of 200 skilled naan-making technicians would receive official certificates and subsidies to prompt them to play bigger roles in promoting the traditional craft.

The move is part of Xinjiang's drive to make the naan-making business bigger.

Xinjiang has over 300 naan-making firms and farmers' cooperatives, with a daily output of about 650 tonnes.