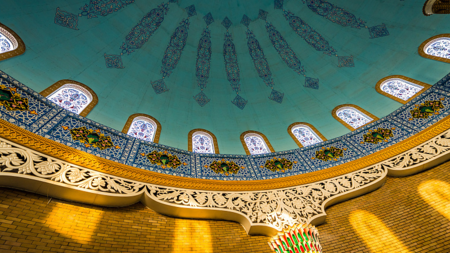 URUMQI, Dec. 5 (Xinhua) -- The Xinjiang Islamic Association Thursday voiced firm opposition to the approval of a Xinjiang-related bill by the U.S. House of Representatives.

As an association representing more than 10 million Muslims, including the Uygur ethnic group in northwest China's Xinjiang Uygur Autonomous Region, the Xinjiang Islamic Association expressed its firm opposition and strong condemnation against the so-called "Uyghur Human Rights Policy Act of 2019," which has distorted and discredited the human rights of Muslims in Xinjiang.

The association also warned those who call white black under the guise of human rights and religion. "It is we Xinjiang Muslims ourselves who have the say for our own human rights."