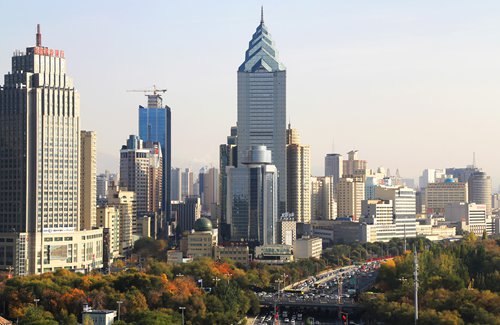 A new type of apprenticeship system with subsidies for local enterprises has been introduced by Northwest China's Xinjiang Uyghur Autonomous Region in a bid to cultivate more skilled and innovative workers, the Xinhua News Agency reported on Monday. The move will help empower local workers and enterprises, thus driving the local economy amid a lack of vitality among companies operating in the autonomous region, analysts said.The new apprenticeship system aims at newly recruited or transferred technical workers, and it will follow the pattern of joint training for workers by enterprises and colleges, with the guidance of and support from governments, Xinhua said.The subsidy for apprenticeship training is 4,000 yuan ($578.6) per person per academic year, which will be given directly to enterprises and gradually raised in line with economic development, training costs and price levels.Xinjiang has been gradually shifting from a resource-reliant economy toward one featuring diversified development. In the process, it needs more skilled workers, said Dong Yong, a former professor at the Urumqi National Cadres Academy.Dong told the Global Times on Monday that the new apprenticeship program is bound to improve local employment and the economy."We're providing real training for the workers in an effort to enhance local economic development," Dong said.Apprenticeships have centuries of history in China. An apprenticeship is a traditional method of training based on a family-like relationship between masters and apprentices, Zhang Baotong, a senior research fellow with the Shaanxi Academy of Social Sciences, told the Global Times on Monday."Skills training can improve workers' professional ability, increase their incomes and lead to better, steadier lives," Zhang said."In addition, the promotion of literacy could also help local residents to become more discerning and less prone to the temptation of extremism," Zhang noted.The move was taken amid the strengthening development phase of Xinjiang, the core area of Belt and Road Initiative, and talent cultivation is the foundation of its economic development.Also, it is a follow-up to the Comprehensive Implementation of the New Enterprise Apprenticeship System, which was jointly announced by China's Ministry of Human Resources and Social Security (MOHRSS) and Ministry of Finance in October 2018.This system is intended to strengthen the training of skilled labors, better support the transformation of China's economic structure, and improve the overall quality of China's human resources, an official of MOHRSS said at a press conference. A total of 475,800 new urban jobs were created in Xinjiang in 2018, according to a report released by askci.com, Shenzhen-based industrial consultation institution, in February.Other than improvement of employment, many preferential methods have been devised to support the economy of Xinjiang, such as tax and fee cuts.Small and micro-sized enterprises received 596 million yuan in tax deductions in the first quarter, and personal income tax collections fell by 139 million yuan.Other preferential methods generated 2.3 billion yuan in tax abatements, Xinhua reported on Monday.Xinjiang's GDP reached 1.22 trillion yuan in 2018, up 6.1 percent year-on-year, official data showed.