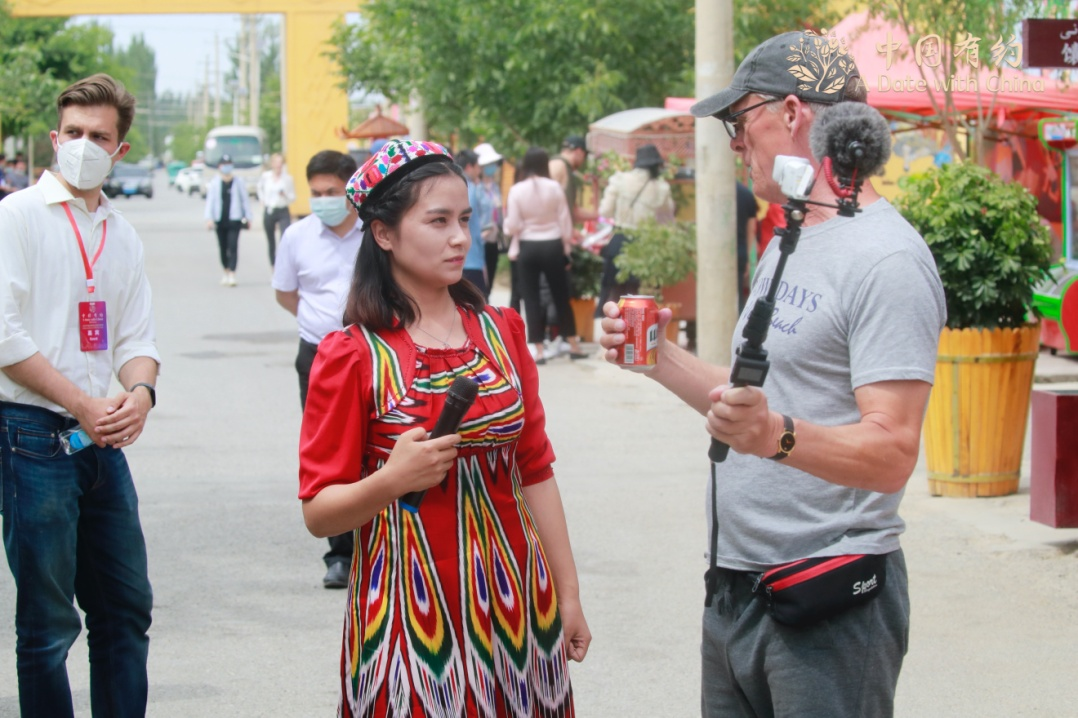 China has strongly condemned the upcoming public hearing by a "Uyghur tribunal" on genocide accusations in the Xinjiang Uygur autonomous region, calling it a grave violation of international law and a serious provocation to the 25 million people of all ethnic groups in the region.

Xu Guixiang, a spokesman for the Xinjiang regional government, said at a news conference on Tuesday that the British tribunal, set up by Western anti-China forces and East Turkestan organizations－groups of secessionists advocating Uygur "independence"－will soon hold a so-called hearing on the allegation of "genocide" against Chinese government.

Xu said the tribunal is a pseudo court established for hostile forces to attack and smear Xinjiang and interfere in China's internal affairs. All the activities organized by it are only a show staged by these forces to carry out their conspiracy to "control China by using Xinjiang".

"An illegal court to hear a century-old lie is absolutely absurd," he added.

Elijan Anayat, another spokesman for the Xinjiang government, said the tribunal has no basis or validity in international laws. It was set up by individual anti-China politicians and lawyers, as well as the "World Uyghur Congress"－an anti-China separatist organization.

He said the court is not a judicial body, doesn't follow any judicial process and the trial's purpose is simply to manipulate public opinion under the guise of the law.

Genocide is the most serious international crime. The Convention on the Prevention and Punishment of the Crime of Genocide requires a strict legal process. Since the introduction of the convention in 1951, major genocide cases have been overseen by the International Court of Justice or other tribunals under the authority of the United Nations Security Council.

According to the Convention, genocide cases are either under the jurisdiction of the courts of the state where they allegedly occurred or an international tribunal whose jurisdiction has been accepted by the contracting states.

No state, organization or individual has the authority to arbitrarily determine that another state has committed genocide, Elijan Anayat said.

The "Uyghur tribunal", created by a few individuals with ulterior motives, has no authority or rights to hold any "hearings", let alone to attempt to bring charges related to an extremely serious international crime, he said.

"Such an act is not only a serious stain on international law but also a blatant affront to all victims of genocide in history," he said.

Xu said the so-called witnesses and victims are just a few "actors "who are in fact active separatists, liars or criminals.

One of the scheduled witnesses is Dolkun Isa, head of the "World Uyghur Congress". According to Yalqun Yaqup, deputy director-general of the Xinjiang Public Security Department, Dolkun Isa has long spread rumors about Xinjiang internationally.

In recent years, he has turned himself into a so-called victim of a "reeducation camp" and made up lies about his family, claiming that they were imprisoned and that his mother died in such a "camp".

However, his mother died in May 2018 at a local hospital because of endometrial cancer and chronic leukemia. During her battle with the diseases, her relatives stayed by her side the whole time and doctors tried their best to treat her, Yalqun Yaqup said.

Dolkun Isa left the country in 1994 and joined the East Turkestan organization. Instead of being a "victim", he is identified as a terrorist by the Chinese government. He established the "East Turkestan Justice Party" in 1993 and its 155 members organized a large number of terrorist activities.

Police records show that the group attacked innocent people in June 1993 in Wushi county, Aksu prefecture, and carried out five successive explosions and stabbings in July 1994 at several locations in Aksu.

Another example is Sayragul Sautbay. She initially claimed that she had been a teacher at one "reeducation camp", but later claimed she had been detained, tortured, subject to medical experiments and forced to eat pork.

Yalqun Yaqup said the 45-year-old worked as a kindergarten head and a primary schoolteacher in Ili prefecture before leaving the country illegally in April 2018. She has never entered nor worked in a vocational training center.

Xinjiang has set up vocational education and training centers since 2014, in accordance with the law, to offer vocational training and deradicalization courses to people influenced by religious extremism and terrorism.

By October 2019, all the trainees who studied in the centers had graduated.

Sayragul Sautbay is also suspected of a series of crimes, Yalqun Yaqup said. In addition to illegal border crossing, she applied twice for loans of 470,000 yuan ($73,370) from a local credit cooperative with a forged real estate purchase contract, forged endorser's signatures, fabricated other documents and still owes a debt of 398,000 yuan.

She called herself a doctor but she only attended a nursing class. When she worked as the kindergarten head, she also took advantage of her position by embezzling her fellow colleagues' bonuses, Yalqun Yaqup said.

"These lies are simply untenable and the plots of the hostile forces are doomed to fail," he added.