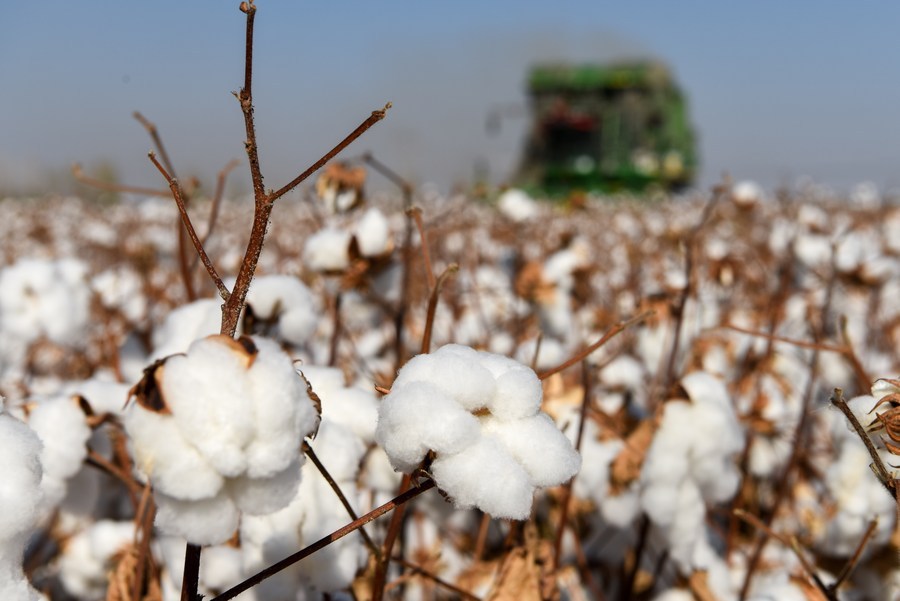 Officials from the Xinjiang Uygur autonomous region said on Monday that Western sanctions against China aim to contain the country's development, but the move will also hurt themselves.

Xu Guixiang, a spokesman for the Xinjiang regional government, told reporters the purpose of the sanctions is nothing more than oppressing Xinjiang's enterprises, leaving a large number of people without jobs, undermining social stability in the region, and pulling Xinjiang back to the quagmire of turbulence and frequent violence and terrorist activities.

In response to the domestic online boycotts of foreign fashion brand H&M after the company decided to stop buying Xinjiang cotton, Xu said it was unwise for the company to get involved in the sanctions.

"I don't think a company should politicize its economic behavior," he said.

Companies from various countries are closely linked in this globalized world, he said, adding "while waving the big stick of sanctions to other countries, it will also hit one's own head, which is detrimental to both".

Elijan Anayit, another spokesman for the regional government, said there is no "forced labor" problem in Xinjiang's cotton industry.

Some anti-China forces in the US and the West fabricated the rumor to suppress the cotton textile industry in Xinjiang, deprive the rights of workers and destroy their happy lives.

Almire Tursun, who is from Kuqa city in Xinjiang's Aksu prefecture and now works in a textile company, said the foreign forces neither visited her company, nor do they know the real situation.

What they say is fabricated in order to destroy their jobs, and such a move is shameful and hateful, she added.