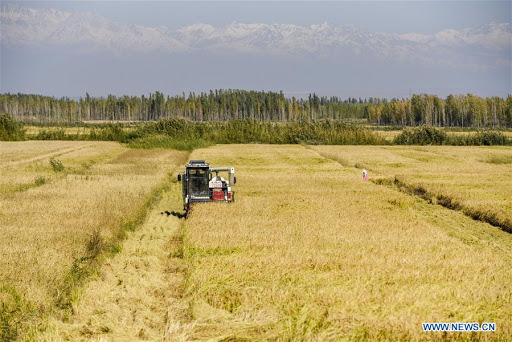 URUMQI — Northwest China's Xinjiang Uygur autonomous region can expect this year's summer wheat harvest to increase by 336,000 tons over the previous year, according to the regional agriculture and rural affairs department.

Currently, the wheat harvest in Xinjiang's southern part is nearing its end, while that in its northern part is at its peak.

According to the department, the region's planting area for winter wheat increased by nearly eight percent this year.

The average wheat price for government purchase in Xinjiang is 2.41 yuan ($ 0.35) per kg, up 0.04 yuan from the same period last year, the regional food and strategic reserves administration said.