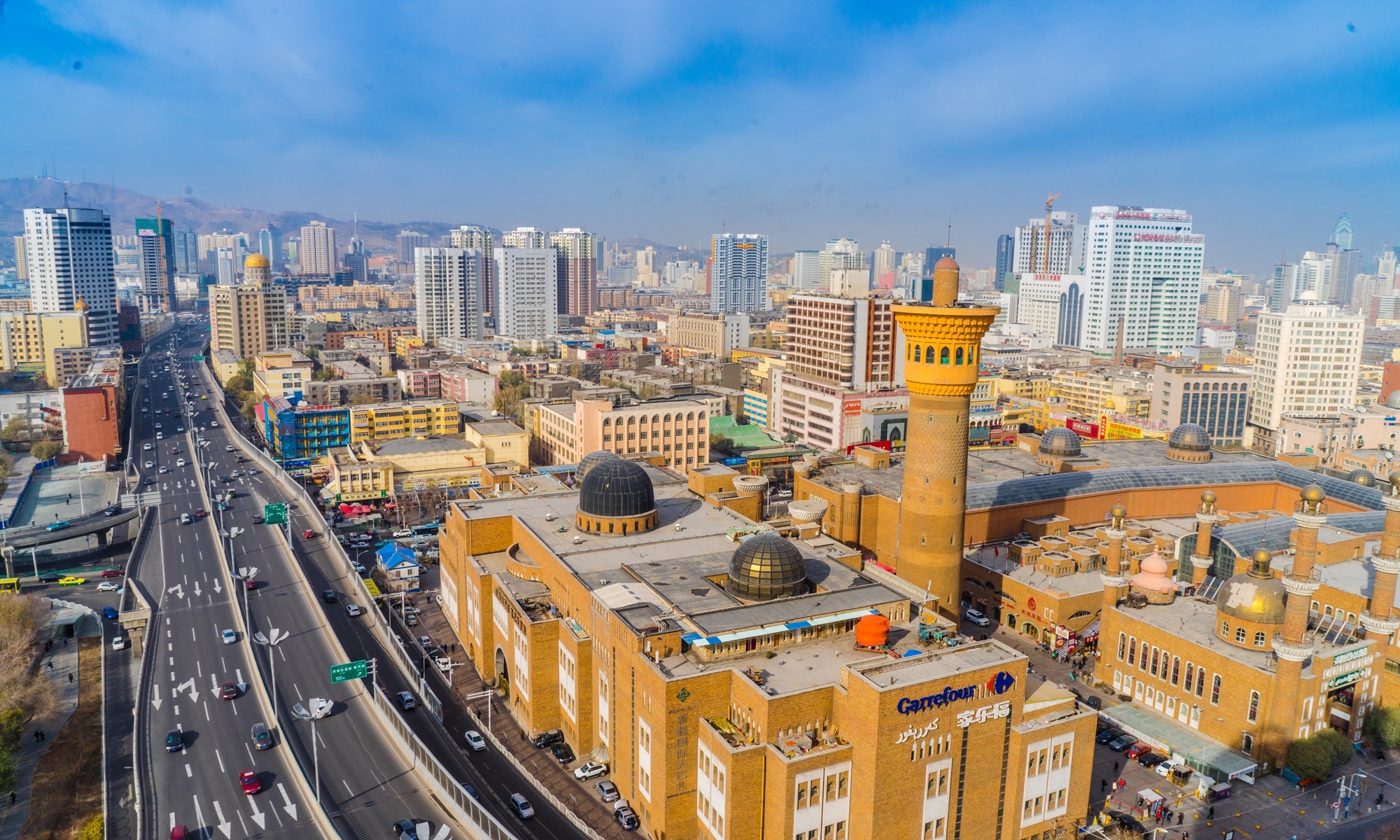 Regional government spokesperson Elijian Anayat pointed out at a Tuesday press conference that the EU-initiated sanctions not only drew great indignation among Chinese, but are also spurned by the majority of the international community, citing more than 80 countries that expressed clear support for China's Xinjiang policies at the UN human rights council.

Elijian used population and other data to refute the lies about Xinjiang, pointing out that its population has increased by 3.05 million since 2010, of whom 2.54 million were Uygurs and 176,900 were Han. How this rapid population growth of Uygurs could constitute "genocide"? He asked.

The EU's accusations of restrictions on freedom of religious belief are also rumors and smears. Muslims' normal religious activities at mosques and in their homes are protected by law.

Xinjiang has 10 religious institutes which enroll about 1,000 students each year. They have translated and published the Koran and other religious classics into Putonghua, Uygur, Kazak and Kirgiz languages, enriching people's religious knowledge and guaranteeing that the knowledge can be inherited, Elijian said.

The spokesperson also refuted accusations of "mass detention," noting that the education and vocational training centers are no different from the UK's Desistance and Disengagement Programme or France's deradicalization schemes, which are all preventive measures to tackle terrorism and extremism.

All trainees at China's education and vocational training centers had graduated by October 2019, and they have stable jobs and better lives, Elijian said.

The spokesperson also refuted accusations of cultural genocide and forced labor, noting that all ethnic groups can use their languages in legal matters, administration, education, publishing and daily lives. Xinjiang residents of all ethnic groups sign labor contracts with companies based on equal and voluntary principles, and they are free to choose where they work. Their labor rights are protected and customs are respected, Elijian noted.

Elijian also pointed out that Europe has a record of genocide alongside its colonization of other continents.

European colonists plundered wealth, resources, and laborers from many other countries in the world since the golden age of sailing, and attempted to eliminate them both mentally and physically by forcing locals to change their religious beliefs and lifestyles, Elijian said, citing the killing of native Americans and the African slave trade as examples.

Xu Guixiang, deputy director of the publicity department of the Communist Party of China (CPC) Xinjiang Committee, said that Xinjiang had invited European envoys to China to visit the region, but they had delayed the trip using all kinds of excuses and even raised unreasonable demands to hinder the visit.

It is clear they fear facing the real Xinjiang, and fear that their lies will be exposed by the prosperity of Xinjiang with its social stability, as well as people living and working in peace and contentment, Xu said, noting that 25 million Xinjiang residents firmly support China's decision to impose sanctions on 10 individuals and four entities from Europe.

Some American, British and Canadian politicians also joined the move, in the hope of containing China's development using the excuse of human rights. But they are not qualified to lecture China and they should ponder on their own misdeeds on human rights, Xu said.

Facts speak louder than words, and truth cannot be sullied. The fact of Xinjiang's development and promotion of human rights speak for themselves in the world, and all those who conspire to destroy the prosperity, stability and development of Xinjiang will go bankrupt, Xu noted.