The report by the Development Research Center of Xinjiang on the employment of ethnic monitories in Northwest China's Xinjiang Uygur Autonomous Region is based on authentic data and facts, said China's Foreign Ministry spokesperson. 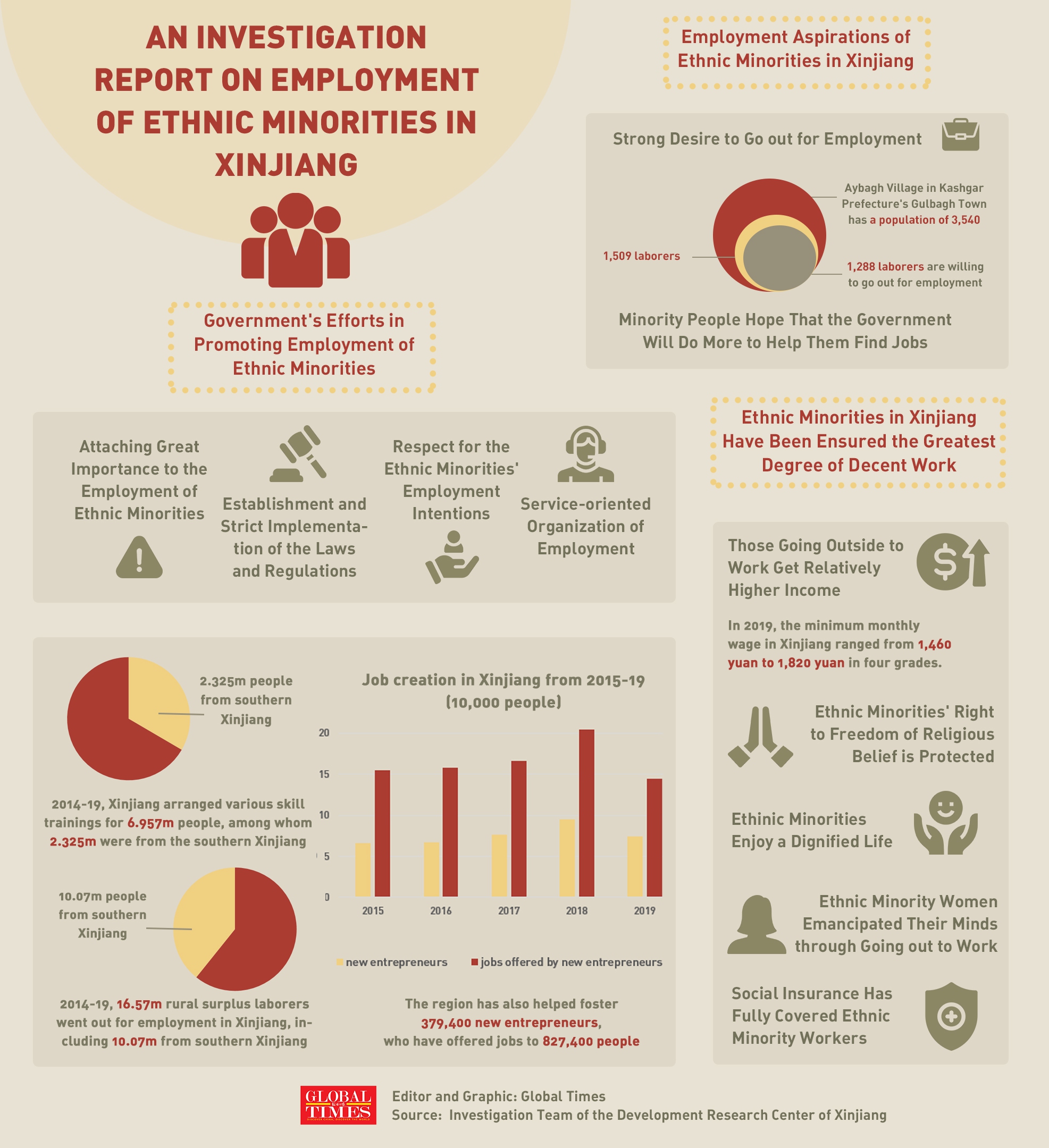 Zhao Lijian, spokesperson of China's Foreign Ministry, told a regular media briefing on Friday that the Report on the Employment of Ethnic Minorities in Xinjiang was compiled through field visits and in-depth investigations. It presents the real employment situation for ethnic minorities in Xinjiang, he said.
During the media briefing, Zhao also highlighted some key figures from the report: Among the 1,509 workers in one of the villages in Kashi, 1,288 are willing to go outside their local area for employment voluntarily, accounting for 85 percent of the total labor force. There are also a total of 1,699 laborers in three villages in Hotan Prefecture, and 1,493 of them are willing to voluntarily leave their villages for employment reasons, accounting for 88 percent of the total labor force.
"There are many more examples in the report, but I won't go into them. The report is in sharp contrast to some anti-China think tanks and scholars' fabrication of data, as they purposely spread malicious speculations to produce their so-called Xinjiang reports. It is also a strong response to so-called 'forced labor' lies in Xinjiang," he stressed. "We hope and believe that more and more people of vision in the international community will firmly choose to stand by the facts and truth and resolutely say no to these forces' lies."
On Monday, Zhao also responded to a question about the US Solar Energy Industries Association which asked companies to pull their businesses out of Xinjiang.
"China is always opposed to politicizing economic and trade cooperation. If these companies are not willing to do business in China, if they are not willing to do business in Xinjiang, it is their own loss," he said.