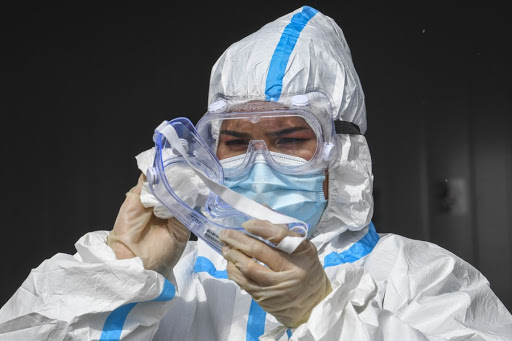 A 58-year-old truck driver received a positive result following a nucleic acid test in Hutubi County in the Hui Autonomous Prefecture of Changji, according to the prefecture's health commission.

The man who tested positive for the virus lives in Xinle City administered by Shijiazhuang, capital of north China's Hebei Province, which has recently seen a rebound in locally transmitted cases. He set off from a logistics park in Shijiazhuang on Jan. 1 and arrived in Hutubi County on Wednesday.

His close contacts have all been placed under medical observation.