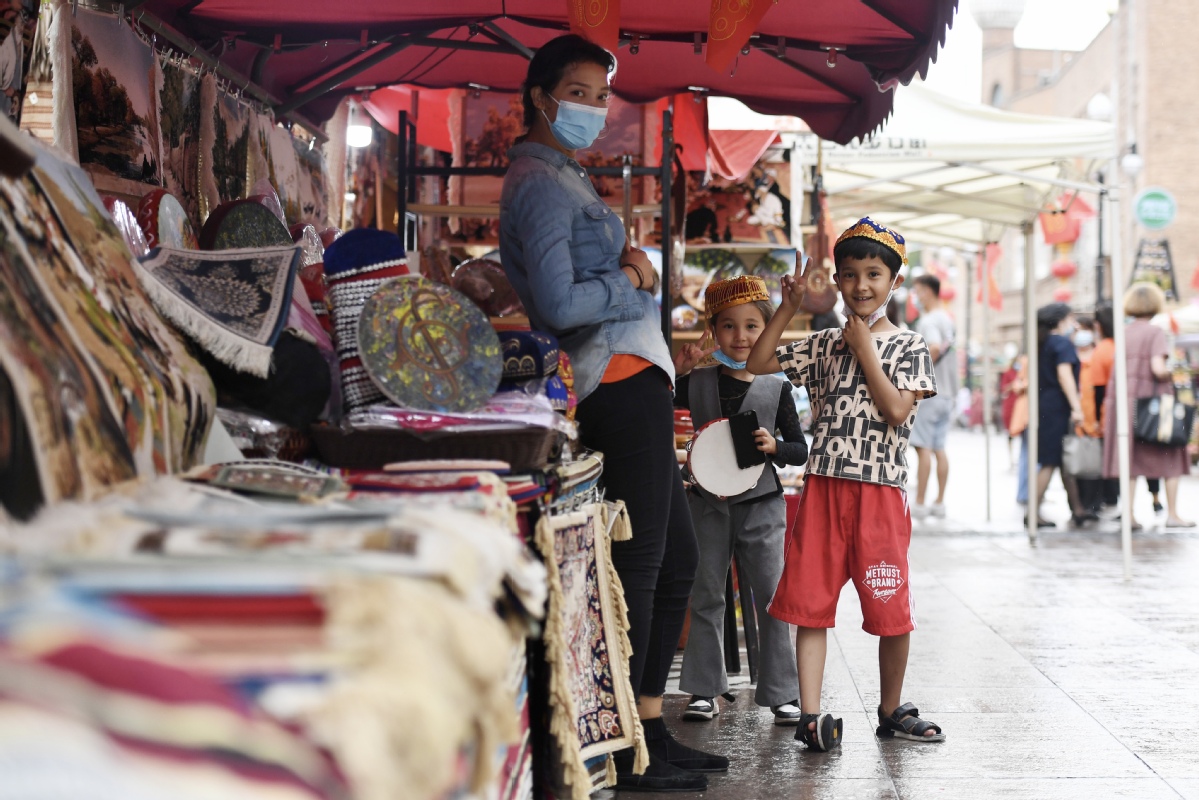 Children play at the International Grand Bazaar in Urumqi, capital of the Xinjiang Uygur autonomous region, on July 14, 2021. [Photo by Wei Xiaohao/chinadaily.com.cn)

At a news conference held in Urumqi, the regional capital, several individuals from the region's ethnic minority groups shared their stories and said that their lives and health have been well protected with the rapid development of the region's public health in recent years.

Aynur Ablikem, an obstetrics nurse with the Urumqi Maternal and Child Health Hospital, said that over the nine years she has worked at the hospital, she has ensured that patients from all ethnic groups receive timely and effective treatment.

"Whichever ethnic group a patient is from, we will do our best to ensure their health. I have never seen or heard anyone experience so-called forced sterilization at my hospital," she said.

Turgun Emer, a 70-year-old doctor at the Xinjiang regional Uygur medicine hospital, said he has practiced Uygur medicine for nearly 50 years and witnessed its great development, which has only been made possible with the country's massive investment.

"Large investments have been made to protect the health of people from all ethnic groups in Xinjiang," he said.

Rozegul Bekir, a farmer from southern Xinjiang's Hotan prefecture, said her husband was diagnosed with heart disease in 2019 and has recovered after treatment thanks to favorable policies such as medical insurance.

The average life expectancy of Xinjiang residents rose from 30 years in 1949 to 74.7 years in 2019 with the development of the region's public healthcare system, according to data provided by Mubarak Mugeti, the moderator of the news conference.

"Some politicians from Western countries have turned a blind eye to the achievements of Xinjiang's public health, and concocted fake claims such as 'genocide' and 'forced sterilization.' These claims are downright lies," the moderator said.