URUMQI, April 26 (Xinhua) -- Northwest China's Xinjiang Uygur Autonomous Region transmitted 29.3 billion kilowatt-hours (kWh) of locally generated electricity to other parts of the country in the first quarter, up 42 percent year on year, according to the Xinjiang Electricity Trading Center. 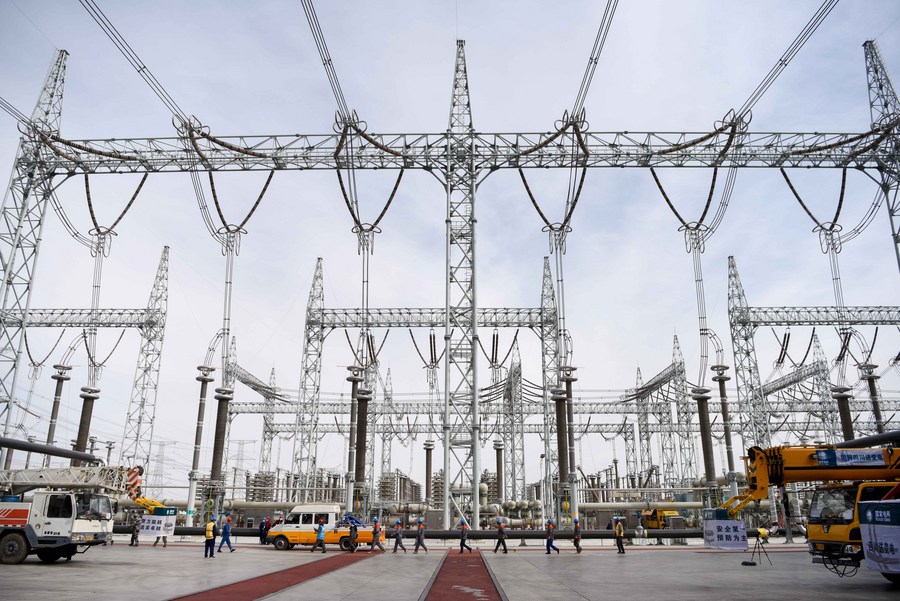 A total of 7.5 billion kWh of power was generated by new energy during the same period, accounting for about 25 percent of the total.

Xinjiang is rich in coal and wind power resources. The region now transmits electricity to 20 other Chinese regions, many of which purchase electricity from Xinjiang as a form of economic support for the region.