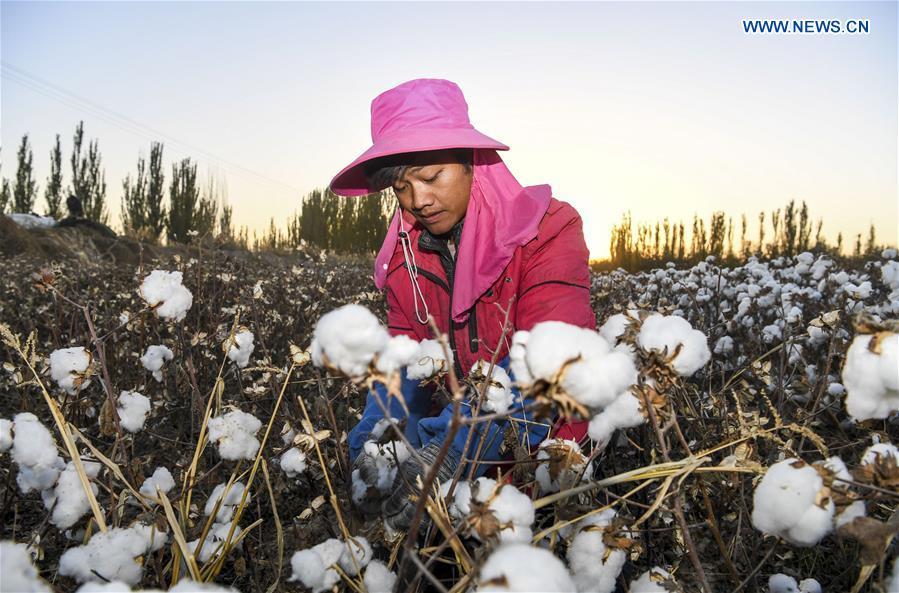 Xinjiang Uygur autonomous region in Northwest China continued to be the country's largest cotton production base in 2019, despite a year-on-year output reduction of 2.1 percent.

The region's cotton output reached more than 5 million metric tons last year, representing 84.9 percent of the country's total, up 1.1 percentage points when compared with last year's figure, according to the Department of Agriculture and Rural Affairs of Xinjiang.

Xinjiang's total cotton planting area was more than 38.1 million mu (2.54 million hectares) in 2019, up 2 percent year-on-year and accounting for more than 76 percent of the country's total.

Xinjiang has come first in terms of cotton output, total planting area and unit yield in the country for 25 consecutive years.

Last year's figures have further consolidated the position of Xinjiang as the country's largest cotton production base, according to the Department of Agriculture and Rural Affairs of Xinjiang.

The introduction of the new technologies and equipment has greatly improved Xinjiang's mechanization in cotton planting and production, Pei said.

Pei urged relevant departments and organizations to continue to spare no efforts to introduce more new and high-tech technologies and equipment to further upgrade the region's cotton planting and production in the new year.