The Xinjiang Uygur autonomous region has taken utmost efforts to eradicate the conditions that breed terrorism and religious extremism while protecting the citizens’ basic rights from the harm of terrorism and extremism, Shohrat Zakir, the chairman of the regional government said on Monday. 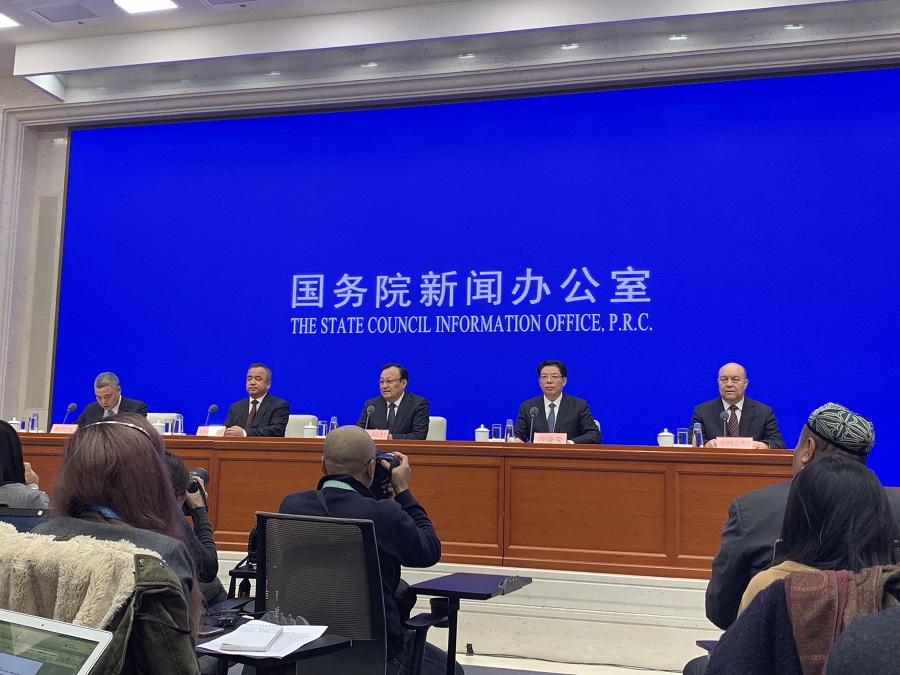 Xinjiang's economy has seen sustained and healthy growth in recent years and people of all ethnic groups have united and worked together for common prosperity and development, Shohrat Zakir said at the press conference.

Xinjiang has seen no violent terrorist attacks for three consecutive years with efforts made to eradicate the soil that breed terrorism and religious extremism, Zakir added.

Zakir said that Xinjiang's regional GDP has seen an annual increase of 8.5 percent and all rural residents living under the current poverty line are to be lifted out of poverty by 2020.

Zakir said Xinjiang's anti-terrorism and de-radicalization measures are no different from those of the United States. He strongly condemned the U.S. House's approval of the bill on Xinjiang-related issue, saying it is a gross interference in China's internal affairs.

These claims totally confused the right with wrong, as respecting and protecting freedom of religious belief is a basic state policy of China, the official said in response to a question by CGTN's reporter Cui Huiao during the press conference.

Governments at all levels in Xinjiang continue to improve the public service conditions of mosques, noted Tuniyaz, stressing that religious believers and non-believers are equal in enjoying political, economic, and cultural rights in Xinjiang.