A German "scholar" named Adrian Zenz has recently stood out on the anti-China stage. With his "reports" accusing China of "detaining" Uygurs and other minority groups or imposing "sterilization" on ethnic minorities in its Xinjiang region, Zenz has been welcomed by US and Western media as "a leading expert" on Xinjiang. However, Chinese scholars from a Xinjiang-based think tank, Xinjiang Development Research Center, found the so-called expert on Xinjiang is a far-right Christian, who is fabricating unfounded reports to slander China's policies in Xinjiang and cater to the US and some Western countries' aim of attacking China. Zenz's "reports" that have been cited and hyped by some Western media are full of lies, farfetched assumptions, and baseless accusations.

Who is Adrian Zenz?

Who is Adrian Zenz? What did he do to make the US and Western countries tout him as one of the "leading" experts studying China's Xinjiang and Tibet Autonomous Region?

Zenz, born in 1974, is a German. He gives himself a Chinese name as Zheng Guoen. He used to work for the European School of Culture and Theology and went to China's Xinjiang in 2007 as a visitor.

Starting in 2016, Zenz began commenting on China's Xinjiang, and wantonly slandering and distorting China's policies in the region. He made up more than 10 reports relating to Xinjiang, including one published in February titled The Karakax List: Dissecting the Anatomy of Beijing's Internment Drive in Xinjiang and another in July titled Sterilizations, IUDs, and Coercive Birth Prevention: The CCP's Campaign to Suppress Uyghur Birth Rates in Xinjiang.

He also kept making sensational and unfounded accusations against China, including that around "1 million Uygurs are illegally detained in Xinjiang," "Xinjiang imposes birth control measures on Uygurs and minorities," and "Xinjiang is having culture genocide on minorities."

Under the vehement support of the Western media, including The New York Times and The Washington Post, Zenz gained infamy on the anti-China stage and has been welcomed as "an expert on Xinjiang." He has received enthusiastic approval from anti-China politicians from the US and become a focal member of a research group on Xinjiang's vocational training and education center that was set up and controlled by a US intelligence agency.

In recent years, Zenz has been busy in shuttling between the US Congress, European Parliament and Canadian Parliament, making groundless accusations against China's Xinjiang policies to incite attacks and pressure on China by using the so-called "human rights problems of Uygurs." In March, together with many US politicians and members of the "East Turkistan" separatists, Zenz attended an event themed "China's Systematic Persecution of Uygurs" at the United States Holocaust Memorial Museum, stirring up anti-China discourse in the international community to contain China by distorting Xinjiang topics.

Only within two years, Zenz, who started as a scholar on theology, turned himself into an "authoritative expert" on Xinjiang. In an interview with The Wall Street Journal, Zenz said his work against China is inspired by this biblical worldview. "I feel very clearly led by God to do this," he said. 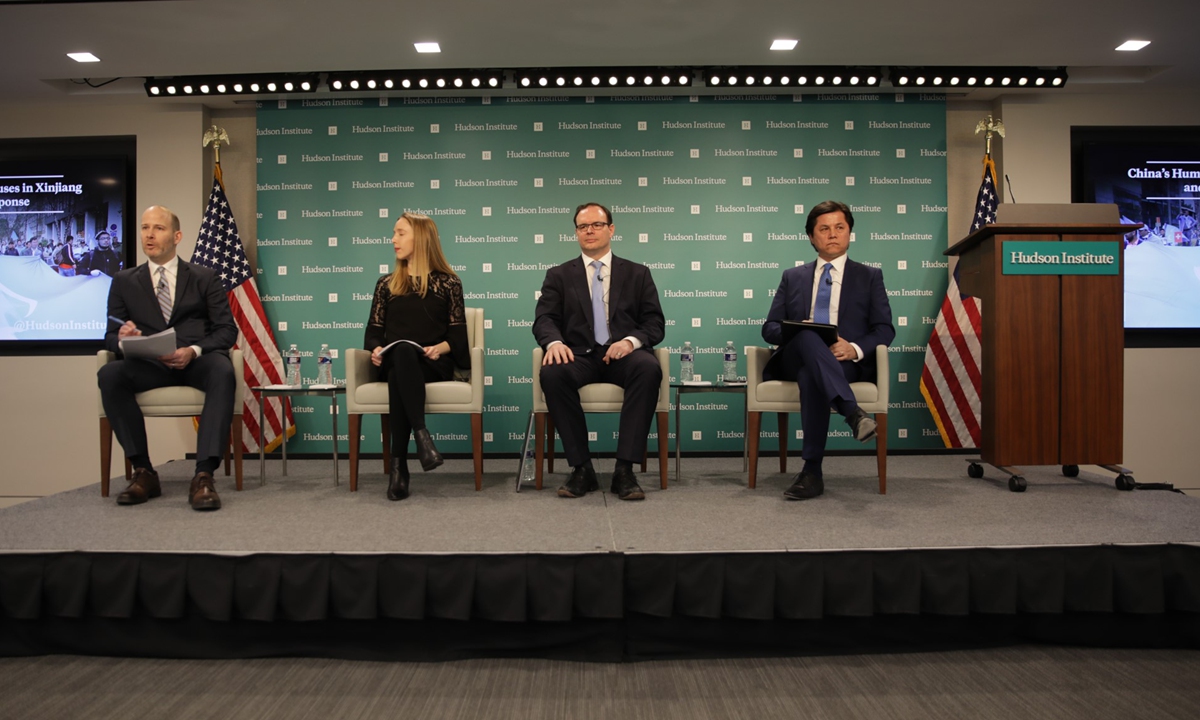 A 'scholar' fishes for personal gain with fabricated reports

Previously, when Zenz saw the US and Western countries using Tibet issues to interfere with China's domestic affairs, he made up a series of articles on Tibet and intentionally offered them to politicians and media to hype. And now, when the US and the West turn to target Xinjiang, Zenz leapt to take the helm - without any academic researches and studies, he batted out shoddy reports on Xinjiang - to get public attention and fish for personal gain.

These so-called reports about Xinjiang are full of lies and fabrications and have no credibility. For example, in the report on "forced birth control in Xinjiang" he cited proven liars, including Zumrat Dawut, Mihrigul Tursun, and Tursunay Ziyawudun, to support his conclusions. These figures emerged in 80 percent of the current stories about Xinjiang hyped by Western media - they are puppets manipulated by anti-China forces and made lies abiding by manipulators' instructions.

Zumrat was cited by Zenz as saying she was forced to be sterilized after returning from a training center. According to information from relevant authorities, Zumrat has never been to any training centers in Xinjiang. She applied to have a contraceptive operation after giving birth to her third child at the maternal and child health care hospital in Urumqi in March 2013.

As for Mihrigul, she was detained by the public security bureau in Qiemo on April 21, 2017 for inciting ethnic hatred and discrimination. She was found having syphilis and other infectious diseases and out of humanitarian concern, she was released on May 10, 2017. She has never been to any training centers and was never forced to take any medicine. Mihrigul also claimed her brother was tortured to death in the training center in Xinjiang but this was later debunked by her brother. Tursunay was divorced due to infertility and has never had a UID or contraceptive operation. The "daughter" she has in Kazakhstan is actually the daughter of her current husband's niece.

Aside from citing liars, Zenz's reports are full of imagination based on bias. He assumed Xinjiang's regular recruitment of police officers is to prepare for "detaining" Uygurs and other minority groups, described Xinjiang's boarding schools as a guarantee for massive "detention," and slandered local residents' voluntary employment outside Xinjiang as "forced labor" organized by the local government.

Zenz's reports are also full of assumptions; words like "may" or "estimated" are usually seen. He also presets conclusions and seeks "evidence" to support them. He initially asserted that Xinjiang is having "birth control" on Uygurs by listing the free physical check to all residents in Xinjiang as evidence, saying the move is to find violators of "birth control" measures. He claimed Xinjiang is "restricting" the freedom of ethnic groups and used Xinjiang's CCTV facilities which serve for transportation management and social security as "evidence." 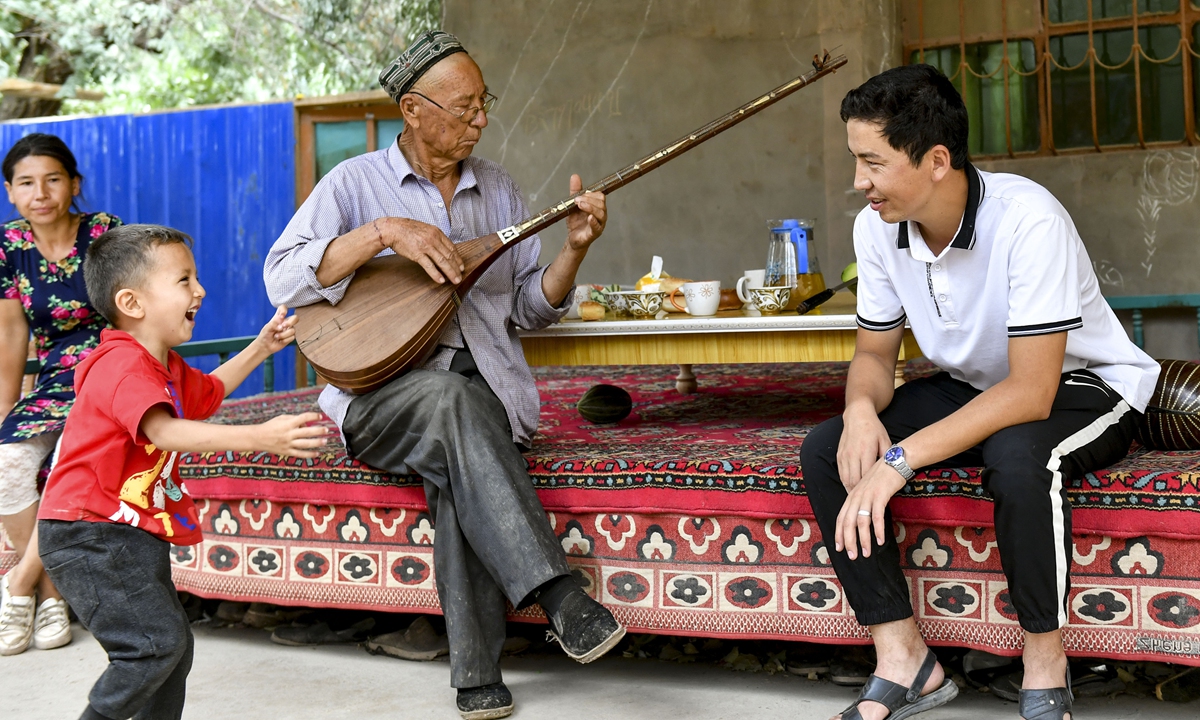 Colluding with anti-China forces and separatists

Zenz has never been a so-called "Xinjiang expert" but can be more appropriately described as an academic swindler and an attack dog of anti-China forces.

In his "Karakax List," Zenz described himself as a senior fellow in China studies at the far-right Victims of Communism Memorial Foundation.

The Victims of Communism Memorial Foundation was established by the US government in 1983. It was described by journalist Joe Conason as "the organizational haven for neo-Nazis, fascists, and anti-Semitic extremists from two dozen countries," according to US media outlet The Grayzone.

Zenz claimed to have provided some statistics for the Australian Strategic Policy Institute (ASPI). ASPI has been exposed as a "right-wing, militaristic" think tank funded by US and Western governments, mega-corporations and weapons manufacturers.

Aside from working with overseas anti-China forces and warmongers, Zenz has colluded with separatists from Xinjiang and overseas. In September 2018, together with Dolkun Isa, a separatist from Xinjiang and also head of the World Uyghur Congress, a US-backed network seeking the fall of the China, Zenz attended the 39th UN Human Rights Council. In 2019, together with the head of Uyghur American Association, a project affiliated to the WUC and its members, Zenz attended a hearing organized by the Victims of Communism Memorial Foundation and made an anti-China speech. In February, working with members of another WUC project the Uyghur Human Rights Project (UHRP), Zenz made the "Karakax list" and hyped the topic via a CNN report.

"We lie, We cheat, We steal," the remarks made by US Secretary of State Mike Pompeo have become the best annotation of Zenz's shoddy moves.

As Xinjiang people enjoy social stability, economic development, and harmony among ethnic groups, Zenz's wretched interventions should be despised by Chinese people and the international community.