The Party Committee of Xinjiang Uygur Autonomous Region announced on Tuesday night that city life can return to normal, but epidemic prevention and control measures will not be relaxed even though the city had not recorded a new case of COVID-19  for 16 consecutive days. 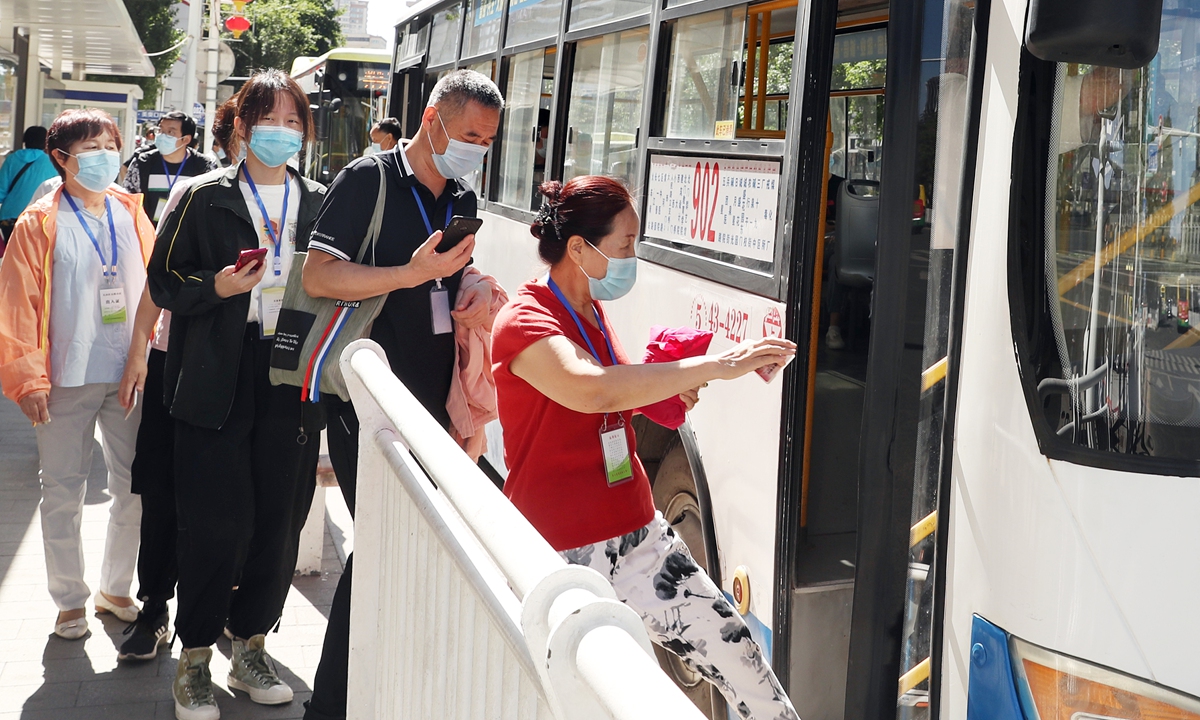 Local authorities held a video conference Tuesday night to announce the region's  return to normal life and production activities, according to media reports.

As of Tuesday, 804 COVID-19 patients and 229 asymptomatic carriers had been discharged from hospitals.
Xinjiang downgraded its response level to a recent outbreak of COVID-19 in the region to low-risk on Saturday, after no new cases have been reported for almost two weeks, leading experts to conclude that the spread of coronavirus in the region has been fully controlled.

Meanwhile, Urumqi, the capital city of the region, has started conducting a new round of nucleic acid tests last week in key communities.

After being locked down for more than a month, Urumqi residents of some local communities, where no COVID-19 patients were reported, were allowed to engage in outdoor activities within their community.

Urumqi locked down all communities and required residents to stay indoors from July 17 during an outbreak of COVID-19 infections.

As of midnight Monday, there had been 34 confirmed COVID-19 cases and 14 asymptomatic patients, all in Urumqi, and 725 are placed in medical observation, according to the local health authority.

Aynur, a Urumqi resident, reposted the news of Xinjiang restoring to normalcy on her WeChat on Tuesday night. She had been on a business trip to a southern Xinjiang city when she was grounded there on July 8 as the city required people to quarantine.

"It has been more than 40 days… the company I worked with here has been taking care of me," she told the Global Times. "Now I am waiting for the result of the nucleic acid test. If it is negative, I would be free to finally go back home!"

The Xinjiang Youhao Group, one of the largest companies focusing on commercial retail enterprises, finance commerce, foreign trade in Xinjiang, announced that the group's shopping malls in Urumqi will reopen on Wednesday.