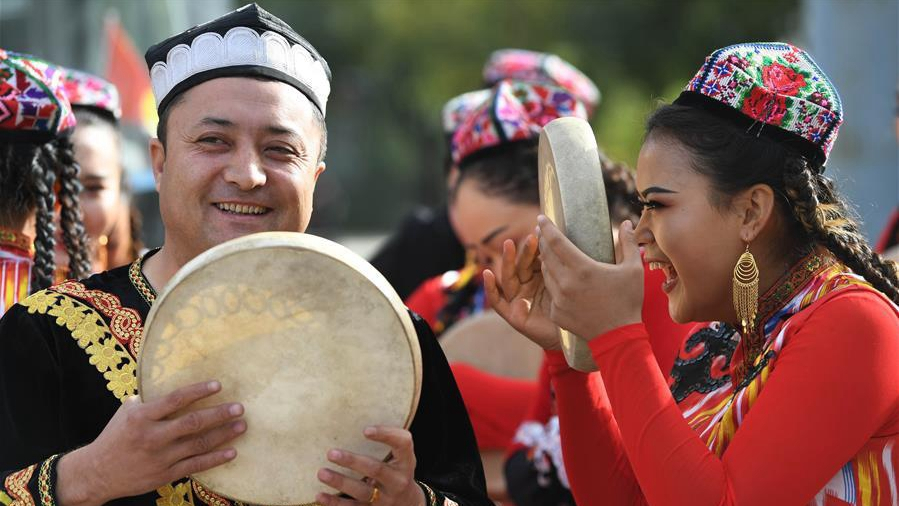 A new report by the Xinjiang University asserts that the population in the Xinjiang Uygur Autonomous Region has developed at roughly the same rate as the rest of China. Additionally, Xinjiang's population, including ethnic minorities, has maintained a healthy and stable development, and there is no such thing as a "dramatic decline" as described by Adrian Zenz last June.

Zenz, a German "leading expert" on Xinjiang issues, is a member of the Victims of Communism Memorial Foundation, a far-right organization in the U.S. with members that also worked in the CIA.

He started the rumor that there were "over a million" people detained in Xinjiang's vocational training centers, which was cited as almost a common fact when reporting on Xinjiang.

The new report proves that his research is based on "disregarded facts, arbitrarily falsified measurement units, and obscures concepts and data sources," and rebuffed his statements.

Zenz stated in his report that "natural population growth in Xinjiang has declined dramatically … between 2015 and 2018," thus the Chinese government was maliciously "suppressing" the Xinjiang's Uygur population.

However, the new report found that from 2015 to 2017, the region's natural population growth rate remained stable above 11 per thousand, according to the data released by the Chinese National Bureau of Statistics and the Xinjiang Uygur Autonomous Region Statistics Bureau.

According to Zenz, "in 2018, the natural population growth rate plummeted to 4.06 per thousand in all ethnic minority regions of Xinjiang and 2.58 per thousand in Kashgar and Hotan."

Except for the Hotan area, the natural population growth rate of other areas in southern Xinjiang is higher than the "4.06 per thousand in all ethnic minority regions" alleged by Zenz.

Lie 3: Ethnic Han are the majority, and its population growth rates are much higher

Zenz claimed that population growth rates in Uygur region where Han constitutes the majority were nearly eight times higher than in surrounding rural Uygur regions (in 2018), without giving the source of the data, which is another false claim.

Some other false claims in Zenz's report

Xinjiang University's report also exposed other false claims in Zenz's report. For example, when he said, "For 2020, one Uygur region set an unprecedented near-zero population growth target: a mere 1.05 per thousand," in fact, the local government document stated that it was a 1.5 percent growth. This proves that he once again tampered with the figures and statistics in his report.

When it came to the net population change rate for the ethnic Han increasing to 7.42 per thousand, Zenz referred to it as an "estimate," failing to provide supported and concrete data.