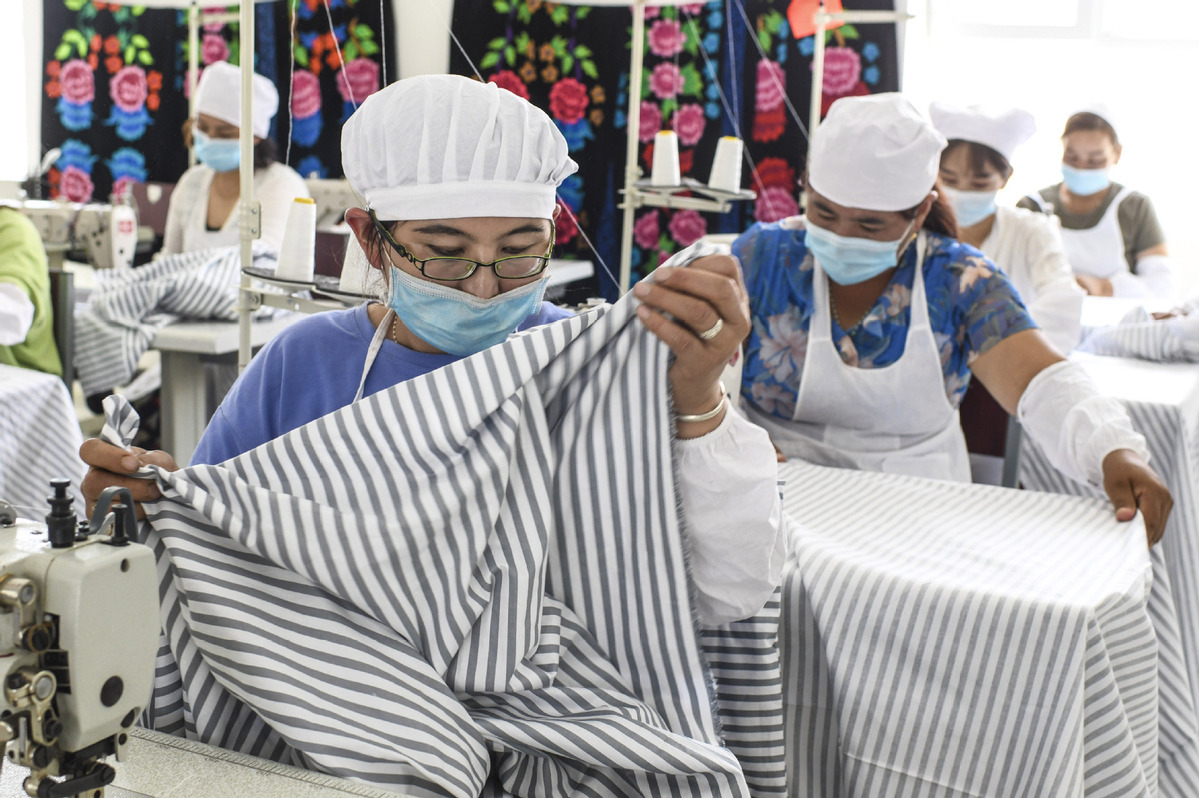 Workers in Xinjiang Uygur autonomous region have refuted overseas reports that falsely claimed laborers have been forced to leave their hometowns to work in cities.

Halidan Abudilimu from Zhuangzi village, Aidinghu, works in a hotel in Turpan, which is only 16 kilometers from her hometown. She said her family has been lifted out of poverty thanks to free job training provided by the government.

In 2016, the local government supported free skills training for the villagers, and, the same year, Halidan and her husband gained employment at the hotel in Turpan. A total of 44 other villagers also found jobs thanks to the training.

Halidan's Mandarin proficiency and professional work attitude were noticed by the hotel manager who promoted her to the position of senior waitress. She was also given a trip to Urumqi, Xinjiang's capital, to learn coffee making.

Over the past four year, the company has sent her to Hainan and Hunan provinces to learn hospitality management.

"I was glad that I had these learning opportunities. Currently, I am very satisfied with my job," she said. "I will redouble my efforts in the future in order to realize my goal of becoming a lobby manager."

With the help of community cadres, the couple also applied for public housing, which costs them 150 yuan a month. "The house is spacious and the community environment is nice," Halidan said.

She said her family have prospered under the work arrangements in the region.

"If there was slave labor in Xinjiang, how could we lead such a good life today? If anyone asked me whether I was willing to work in an urban area, I would definitely say 'yes', and so would many young people," she said.

The couple earns 7,000 yuan a month and Halidan said they plan to buy an apartment and a car soon.

She said she hoped to educate her son well enough so he can make a contribution to the country.

Ajinisa Rejiepu, a mother of two from Hotan, also denied "trumped up" foreign stories that factory workers in Xinjiang were forcibly separated from their families.

To improve the life of local villagers and provide them with more job opportunities, the government organized enterprises to build factories near their homes equipped with nurseries, according to Ajinisa.

"Every day, before I go to work, I leave my children in the nursery and pick them up after finishing work," she said. "Thanks to the nursery, I can take care of my children and work at the same time. I really appreciate the good conditions provided by the factory."

She said use of the nursery is free for all employees. It has teachers and child-care workers and is clean and neat. The nursery also provides toys and nutritious meals for the children.

"As parents we are happy to see our children grow up healthy and happy and we are more motivated to work," she said. "I don't know why there are people abroad spreading these rumors. If they come to Hotan to learn about my family and children everything will be clear."