A cross-border carbon trade was made recently by Xiong'an New Area in Hebei province using a carbon asset from 675,000 kilowatt-hours of solar energy capacity that were exchanged with a power generation company and hardware corporation in Australia. 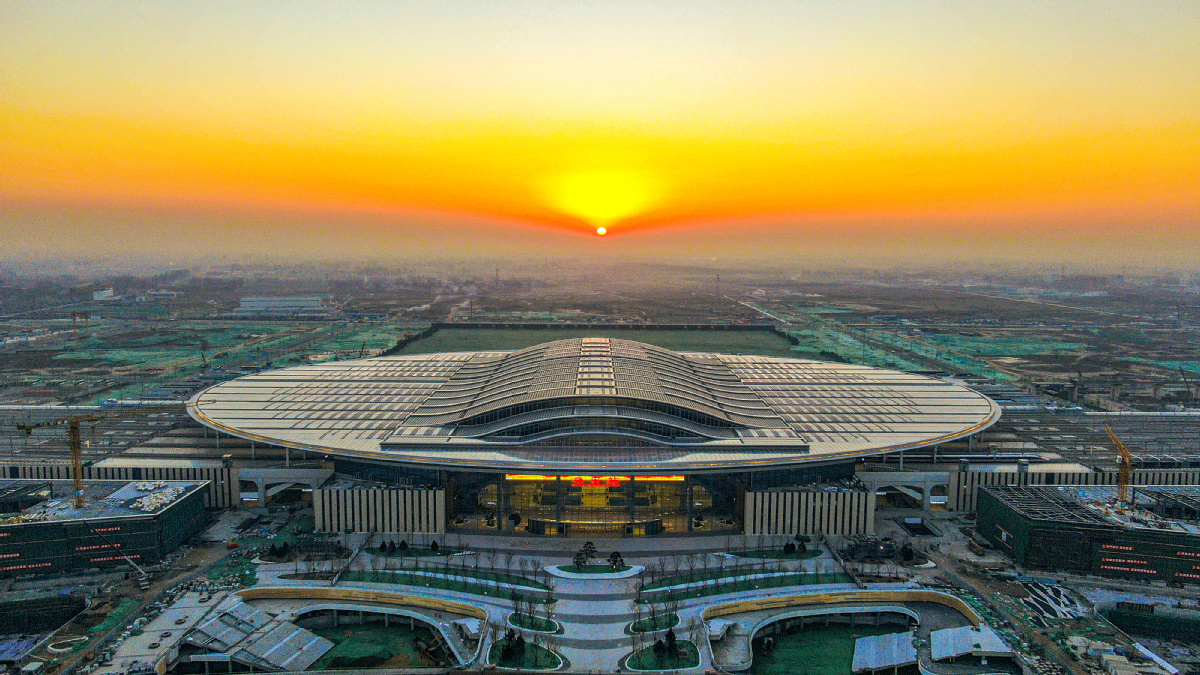 A bird's-eye view of the roof of Xiong'an Railway Station in Xiong'an New Area, Hebei province. [Provided to chinadaily.com.cn]

It was the first cross-border carbon trade in the China's newly emerging economic zone, about 100 kilometers southwest of Beijing.

The carbon asset can offset about 465 metric tons of carbon dioxide emissions, according to State Grid Xiong'an Integrated Energy Service Co, which signed a deal with hardware design and development company YNIWM in Australia at the end of July.

The clean energy was part of the electricity generated by about 17,700 polysilicon photovoltaic modules laid on the giant roof of the newly built Xiong'an Railway Station. The modules can generate 5.8 million kilowatt-hours of clean electricity for the station annually, which helps reduce the carbon dioxide emissions of around 4,500 tons, the power generation company said.

As the first cross-border carbon trade in Xiong'an, the deal touches a full-chain carbon asset management business model, which set an example for the energy trading in the new area, it added.

The company will strive to establish a carbon management service center to provide carbon trading services for more companies.

Carbon trading is the process of buying and selling permits to emit carbon dioxide or other greenhouse gases.