CHINA Xiongan aims to be China's city of tomorrow

Xiongan aims to be China's city of tomorrow

Visitors can easily jump into one of the self-driving tour buses that roam in the public service center in the Xiongan New Area, North China's Hebei Province, and ride to an unstaffed supermarket. There, facial recognition cameras track customers' movements and automatically scan the radio frequency identification tags of products. Checking out takes less than 20 seconds. 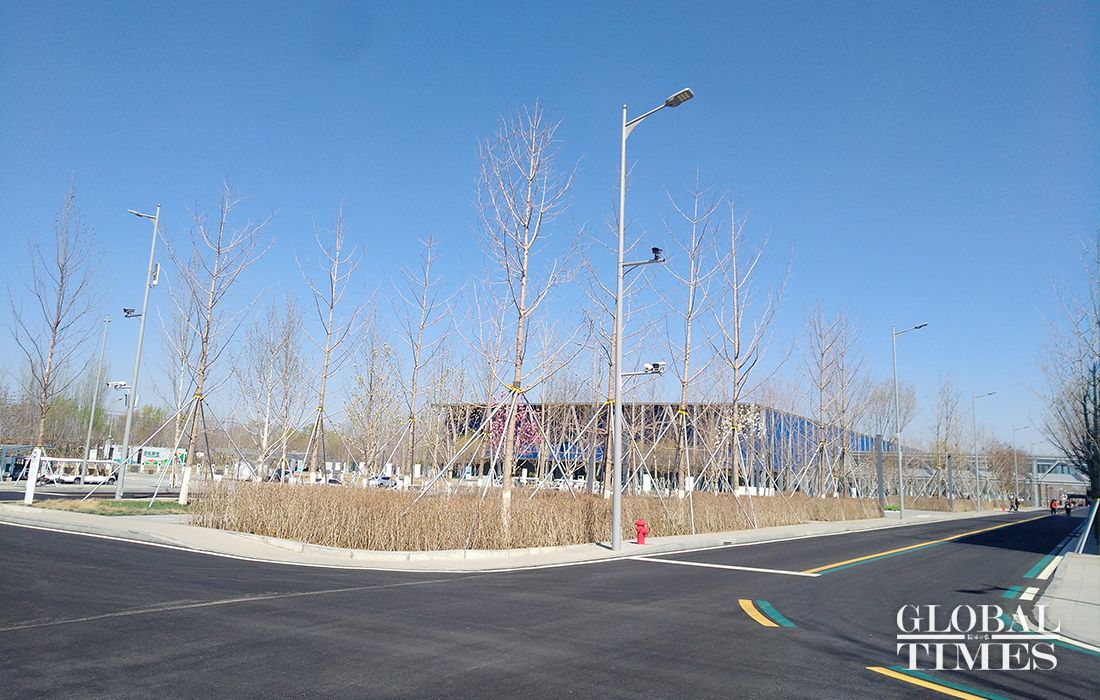 A view of the entrance of Xiongan Citizen Service Center on March 31, 2019 (Photos: Yang Kunyi/Global Times)

Xiongan is developing itself to become a carefully designed future city featuring high technology. As it marks its second anniversary, Xiongan is becoming a benchmark economic zone that increasingly attracts attention from overseas companies.

The local government held talks with representatives of 18 multinational companies in Xiongan on Tuesday. Planning of the new area - driven by innovation, green growth and smart city construction - has attracted global attention, and the results merit recognition, according to a post released by the Xionganfabu WeChat account on Friday.

The representatives, including people from Veolia, Siemens and PricewaterhouseCoopers, said they hoped to strengthen cooperation with Xiongan in sectors including environmental management and protection, intelligent transportation, next-generation information infrastructure and new services.

The companies will provide support in capital, intelligence, technology and talent, aiming to "jointly explore the future development path... of the city dwellers."

Making "a strategy crucial for a millennium to come," the Xiongan New Area was unveiled on April 1, 2017 by China's central government to help transfer Beijing's non-capital functions, as well as advance the growth and integration of the Beijing-Tianjin-Hebei region. The area is about 100 kilometers south of Beijing.

The Chinese government aims to forge Xiongan into a world-class innovative city with global influence. Given the context of globalization and China's further opening-up, more overseas enterprises will be attracted, Yan Yuejin, research director at E-house China R&D Institute, told the Global Times on Sunday.

During the past two years, some innovative industries have entered Xiongan and high-tech sectors such as artificial intelligence and big data have been soundly tested, Yan said.

The public service center is a showcase of a future city powered by high technology. With driverless cars on the road and unmanned stores inside the elegant yet functional architecture, the center started trial operation in April 2018.

A tourist surnamed Wu from Central China's Hunan Province said that he and his family "are here to see the development of the 'millennium strategy,' and we are impressed by the high technology embedded in the design of the public service center."

"We want our child to see the development of Xiongan," Wu told the Global Times on Sunday. "I was here two years ago and at that time this area [the Xiongan public service center] was still under construction and was not open to tourists.

"This time it is nice to see that a lot of businesses are open. We have never been to an unmanned supermarket. It is impressive. If this can be installed in Xiongan everywhere, it can definitely make daily life a lot easier."

"The number of customers has grown steadily. Many customers come to the store because of the novelty of the idea," said the volunteer, who declined to provide a name. "People have never heard of having their bill calculated by just walking through a 'billing tunnel'. The technology has definitely added to its charms."

But Xiongan has far to go before becoming the world-class innovative city it wants to be, said Zhang Gui, executive director of the Beijing-Tianjin-Hebei research center under the Hebei University of Technology.

According to international standards, innovative cities feature that contribution rate from scientific and technological progress should account for 70 percent of their GDP. Also, the proportion of research and development investment to GDP is generally above 2 percent, and the foreign technology dependence rate is lower than 30 percent, Zhang told the Global Times on Sunday.

In the past two years, the construction of Xiongan focused on planning, along with some infrastructure construction, Zhang said.

On January 2 this year, the State Council, China's cabinet, approved the overall development plan (2018-35) for the Xiongan New Area, a guideline to build the region using international standards and Chinese characteristics.

Zhang said it would take three to five years to build the basic infrastructure. "We will see some buildings springing up in the third year."

Xiongan aims to play a vital role in performing Beijing's non-capital functions. Some branches of Beijing-based enterprises, research institutions and colleges have started moving to the new area during the last two years.