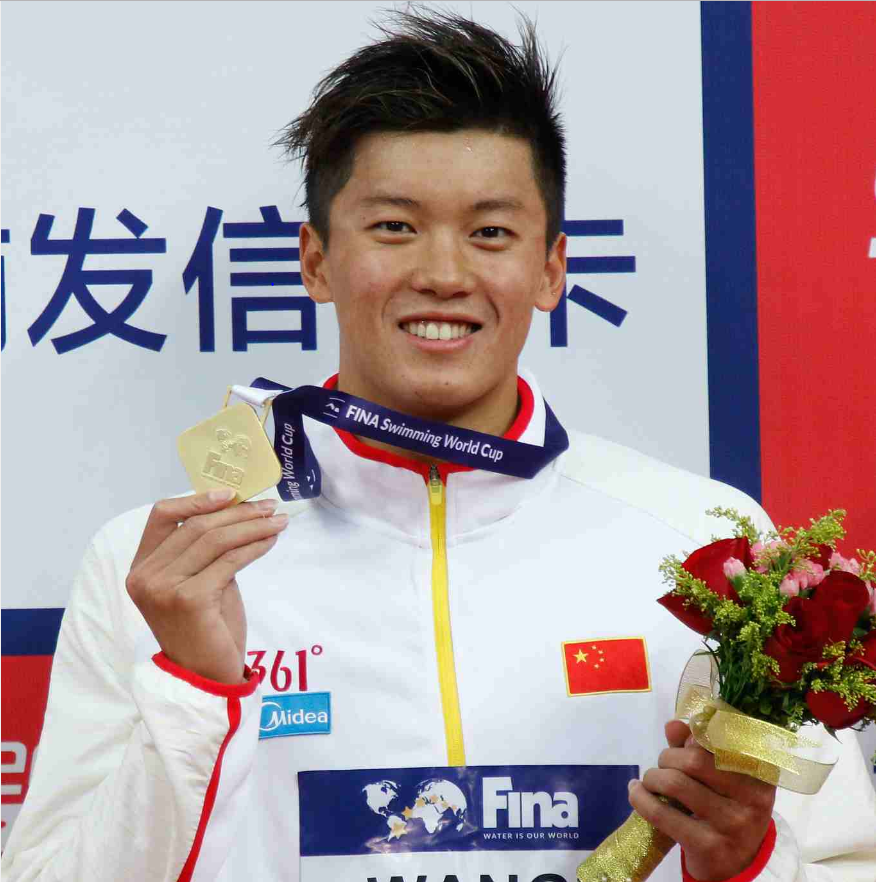 Chinese swimmers claim another four golds at FINA Short Course Swimming World Cup in Beijing on Saturday. Xu Jiayu and Li Zhuhao both bagged the second gold in the tournament and Team China triumphed in the mixed 4x50m freestyle relay.

Xu Jiayu, the first Chinese man to win a backstroke event at the worlds in Budapest last year, beat Michael Andrew of the United States and Vladimir Morozov of Russia to win the men's 50m backstroke in a time of 22.70 seconds.

"I have been training without vacations and that's why I improved my personal best record today," Xu said afterwards.

Home favourite Wang Shun led from the beginning to the end in men's 200m individual medley to finish in 1:52.08, winning his first gold medal in the tournament.

"I expected to improve my personal best of 1:51.60 today and it's a pity that I did not make it. I felt the Japanese swimmer had closed the gap between us when I changed from breaststroke to freestyle and that means I was not doing good enough in the breaststroke part," Wang said.

"But I did not feel too much pressure because I was confident that I could win the race," he added.

Li Zhuhao won his second gold medal with a time of 1:51.94 seconds in the men's 200m butterfly after winning the gold in the 50m butterfly.

Also, Chinese swimmers ended the day by finishing on top of the podium in the mixed 4x50m freestyle relay with Australia coming in second.