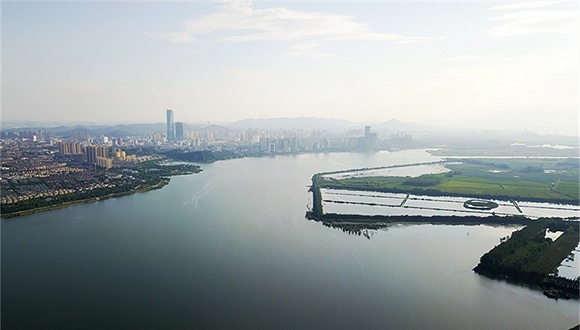 Chinese scientists have mapped out the East China Sea continental shelf of 7,000 years ago by analyzing sedimentary core taken from the Yangtze River Delta.

Scientists drilled 26 boreholes in different parts of the delta, as part of a research program supported by the China National Natural Science Foundation.

The research showed that the average sea level in the area 7,000 years ago was 2 meters higher than now, and the temperature higher by 1-2 degrees.

The scientists concluded that the delta ranging from the current area of the city of Lianyungang in east China's Jiangsu Province, to the city of Hangzhou in east China's Zhejiang Province, was then all submerged under the sea. The sea level began to decline about 6,000 years ago, when the delta landform was gradually taking shape.

The research paper was published in the the Journal of Paleontology November issue.

Li Baohua, a member of the research team, from the Nanjing Institute of Geology, said they knew from previous research that in the last glacial period 20,000 years ago, the sea level dropped about 120 meters, exposing most of the East China Sea continental shelf.

However, before the research there was little data on the changes of the landform in the post-glacial period.

He said they had analyzed 455 samples taken from the sedimentary core. One of the specimens was an oyster, half a meter long.