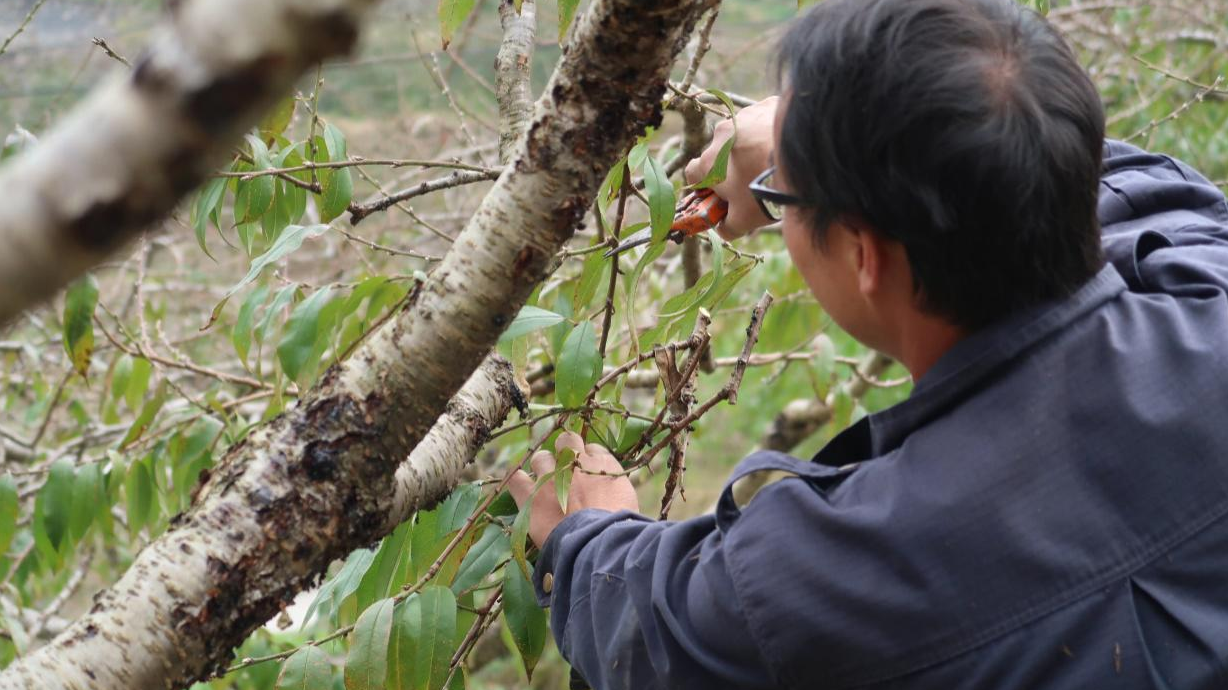 A villager prunes the branches and leaves of yellow peach trees in his orchard. Dong Yiling/CGTN

Four years ago, Kuang was still working in Shenzhen. He never imagined that one day he would return to his hometown in the distant mountains to grow yellow peaches. Talking about the yellow peaches in his hometown, his lean face couldn't hide his joy. "Our family used to worry about food and clothing. But now, almost all people in the village have bought cars and live in big houses."

The peach harvest season is over, but the villagers are still working: pruning, fertilizing, weeding, and deworming. One season's harvest requires a year's effort, and they are all preparing for it.

Located in the southeastern margin of Hunan Province and the western foot of the Jinggang Mountains, Yanling is a mountainous county that has been plagued by poverty for many years. In 2011, the per capita income of farmers here was only half of the provincial average. The poverty rate in Yanling declined from 19.5 percent to 0.45 percent in 2019, thanks to the development of the yellow peach industry in the past 10 years. 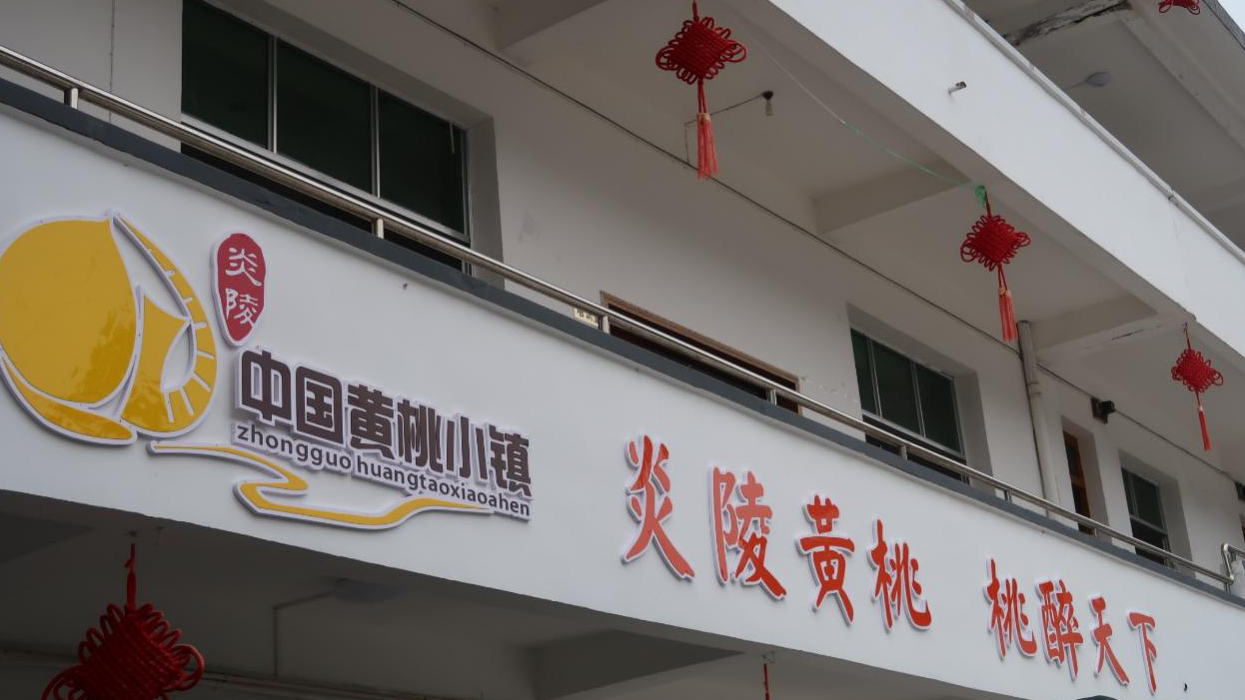 Yanling has a high altitude, large temperature difference between day and night, and unique planting conditions for yellow peaches, but it faces many rigid difficulties. The government and the villagers worked out a "multi-dimensional coordination" mode together.

In practice, the local government has implemented all-round assistance in management, business promotion, and technological training, so that the whole industry can be truly scaled and branded. The village committee allocates funds for technical improvements, road repairs, and advertising. The villagers form cooperatives, and those who find early success help the rest.

Deng Shimao used to have zero income, but now has abundant sales experience. He always helps his neighbors find sales without asking for a return.

"I thought it would be affected by COVID-19, but I didn't expect that this year's production and sales would be the best in recent years," said Deng Yuncheng, party secretary of Pingle Village. During the epidemic, the government vigorously promoted e-commerce to help expand sales. With the retail and the large-scale orders from the Pingle Village Cooperatives combined, the mode has led the Yanling yellow peach to become more marketable.

On November 3, 2013, President Xi Jinping first put forward the concept of "targeted poverty alleviation" during an inspection in Hunan. This year, the 14th Five-Year Plan prioritizes the development of agriculture and rural areas. Under these conditions, Yanling has found its own path out of poverty.

Poverty alleviation must not only be achieved, but also maintained. Deng Shimao also has plans for the future direction of the yellow peach industry. He wants to carry out pilot projects and try to develop the processing industries. Products like yellow peach wine, dried peaches and canned peaches are expected to extend the industrial chain.