JINAN -- The Yellow River, China's second-longest waterway, is widely dubbed a "mother river" in the country. Now various species of wild birds are joining the Chinese people in calling the mighty river their home as they choose to inhabit the river delta. 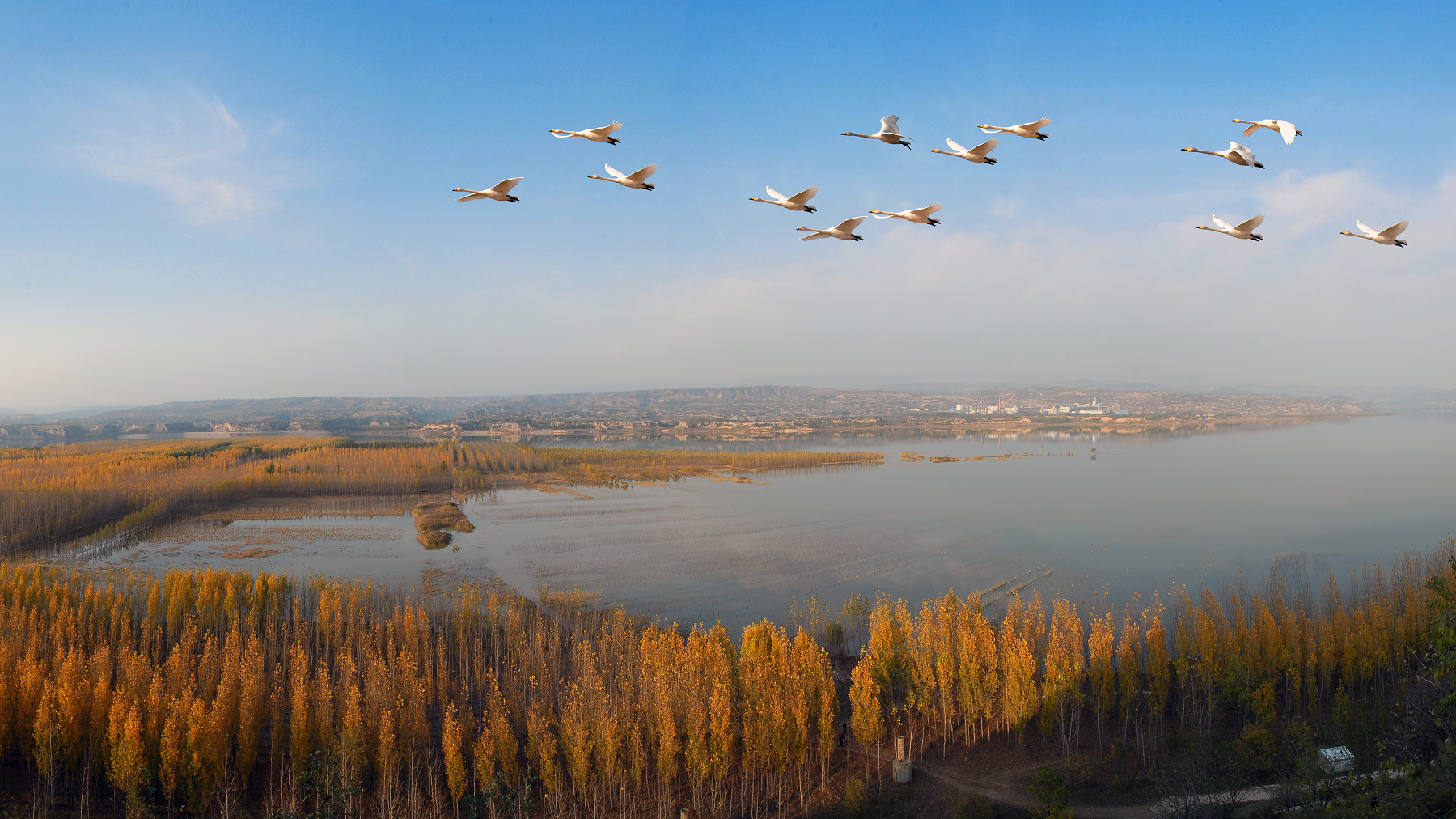 A growing number of wild birds have taken shelter in the Yellow River Delta National Nature Reserve, located at the river's estuary in East China's Shandong province, thanks to the restoration of the region's environment in the past two decades.

The reserve stretches for about 153,000 hectares, with wetlands making up more than 70 percent of its total area. It is an important wintering and stopover site for migratory birds.

Wang Andong, a researcher with the reserve, said 315 oriental storks, an endangered bird species, were born here this year.

The oriental stork is a migratory bird under first-class national protection in China and listed as endangered by the International Union for Conservation of Nature.

Wang said that, decades ago, the oriental storks only made brief stopovers at the reserve before they traveled to China's warm south, but an increasing number of the species are choosing to live in the area throughout the year.

The reserve has seen the birth of nearly 2,000 oriental storks since 2003 when the birds first nested and bred here, Wang said.

The conservation area has also seen a surge in the population of Saunders's gulls or the Chinese black-headed gulls since the species was first spotted in the region in 1992.

More than 8,600 Saunders's gulls bred here during this year's breeding season, according to a field study in June.

The increase in the number of wild birds, especially endangered bird species, in the reserve reflects the area's improved ecology, said Gou Hongshui, director of the reserve's administration committee.

Gou attributed the improvement to a spate of wetland restoration projects, including replenishing water and turning farmland back to wetlands.

A total of 155 million cubic meters of water was supplied to the reserve in July this year to replenish groundwater and slow down seawater encroachment.

Water replenishment, inaugurated in 2008, helps restore the wetlands and create a better living environment for fish. It ensures enough food supplies for the birds, Gou said.

The rising number of wild birds in the reserve has become a boon for birdwatchers, who are able to spot oriental storks and other wild birds even outside the reserve.

Last year, a total of 57 pairs of oriental storks were found to nest and reproduce outside the reserve, according to Shan Kai, deputy head of the Dongying Birdwatching Society.

Birdwatchers and volunteers from Dongying have also joined in efforts to protect the wild birds, Shan said.