HANGZHOU, Dec. 26 (Xinhua) -- Christmas trees, hats and lights from the major small commodity hub of Yiwu in eastern China are adding festive atmosphere to a large number of homes around the world. 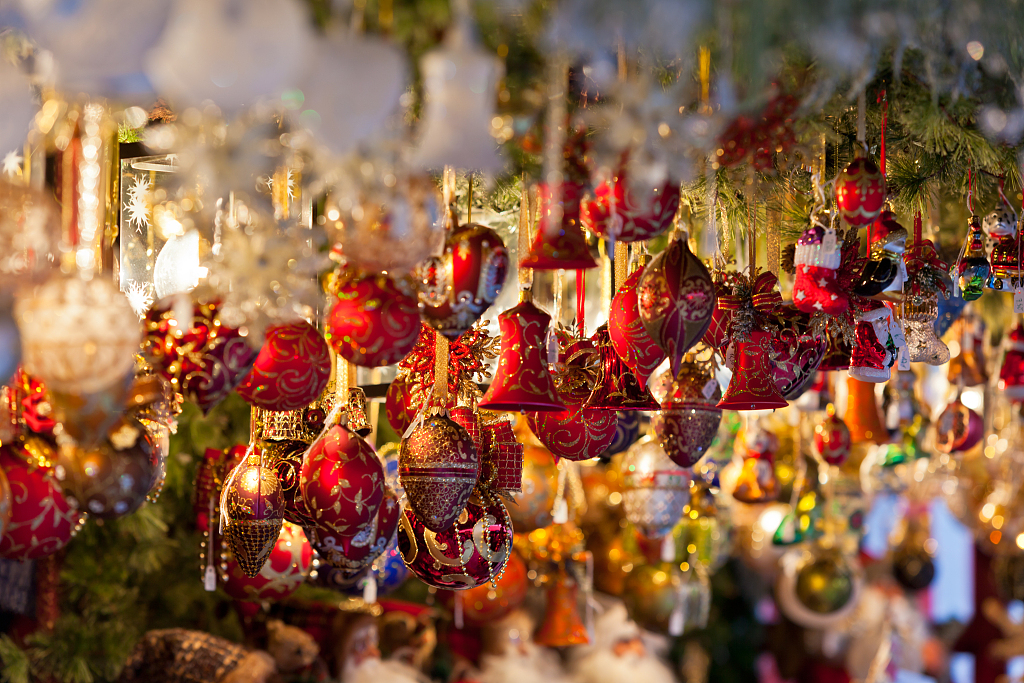 This small town in Zhejiang Province, known as "Christmas Village," has led many to believe that the world's Christmas holiday cannot be separated from Made-in-China goods.

According to industry statistics, 80 percent of the world's Christmas products come from China, of which Yiwu accounts for 80 percent.

Students from Futian primary school nearby the massive Yiwu International Trade Market have already regarded Santa as their neighbor. "Santa Claus is not from the Arctic or Finland, but from Yiwu."

"I am not surprised at this figure at all," said Li Qunwei, who owns an import and export company in Yiwu. "There are more than 2,000 Christmas tree wholesalers here. My annual sales range from 30 to 40 million yuan (around 4.3 to 5.7 million US dollars), just above the average level."

Many exporters are feeling the pressure from the slowing global economy, but some have managed to win more orders with new innovative products.

"Orders from the United States grew by 20 percent and new products accounted for half of the sales this year," said Qu Xiaoping, an ornament lights wholesaler in Yiwu.

Yiwu's exports of Christmas products reached 1.97 billion yuan from January to November this year, an annual increase of 22.8 percent, according to Yiwu customs.

"The 2008 financial crisis had a huge impact on Yiwu enterprises and we began to realize that we couldn't rely on one big client or a single market," said Long Xijin, a marketing manager in Yiwu.

Long told Xinhua that his company has been expanding rapidly in South America and Southeast Asia with an expected growth of 10 percent this year.

Li has also expanded sales from the United States and Europe to dozens of other markets including Australia and Japan, with annual sales growing from 1 million yuan to 80 million yuan in the past nine years.

More and more Yiwu merchants are also taking advantage of cross-border e-commerce to expand their business.

By November, the number of active buyers of Christmas gifts or accessories on Alibaba's international e-commerce marketplace had increased by more than 150 percent year on year, according to Alibaba.com.

The Belt and Road Initiative also serves as a new driving force for trade growth. In the first three quarters, Yiwu's trade with the Belt and Road countries reached 104 billion yuan, up 7.8 percent year on year and accounting for 48 percent of Yiwu's total foreign trade.

"The overseas strategies of Alibaba.com are providing more accurate business opportunities and more stable supply chains for all merchants on the platform, helping them embrace the new era of global digital trade," said Yu Yong, co-CEO of Alibaba.com.  Enditem