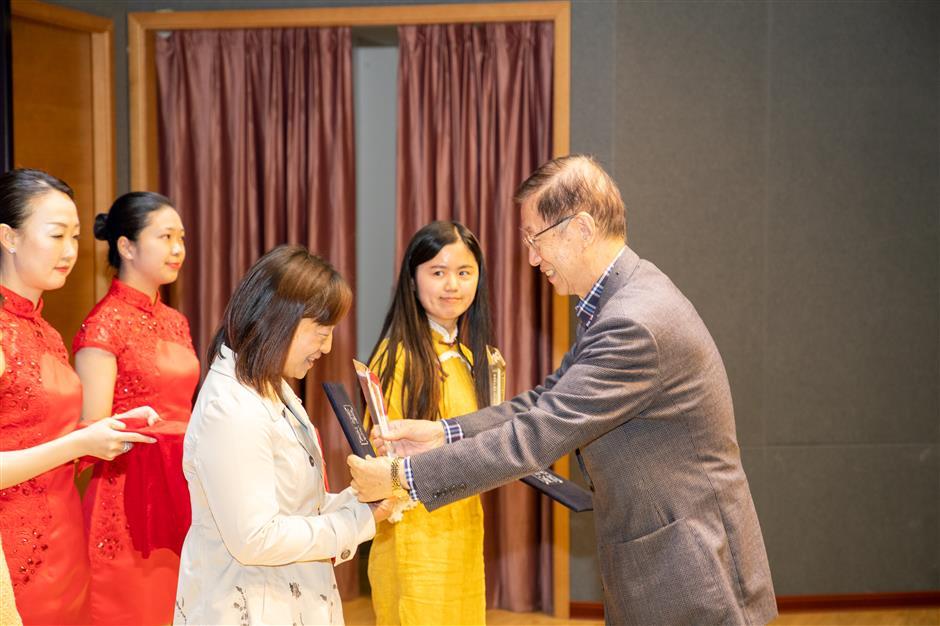 A Chinese-French legal dictionary and translation studies of French literature from a century ago are among the fruits of a local Chinese-French translation program to carry forward the spirit of renowned Chinese translator Fu Lei.

Over the weekend, nine scholars and experts were awarded in Fu’s childhood home of Zhoupu Town in the Pudong New Area for outstanding performances in the 2019 Fu Lei Young Translation Talent Development Plan.

“I’m so proud to be part of such an authorized program under the name of Fu. It’s widely believed that without Fu, Balzac’s name would not have been known in China,” said Zhao Zhiyong, a French teacher at the School of Foreign Studies of the East China University of Political Science and Law.

Sun Yue, a French teacher at the Nanjing University of Finance and Economics, said he heard about the program last summer and didn’t hesitate to file an application.

“I was attracted by Fu’s name in the program. As one who has studied French for nearly 20 years, I have a deep reverence for Fu,” he said. “Also, I found that the program was held in Fu’s childhood home of Zhoupu. It’s an academic event deeply rooted in local culture.”

Sun said his study on French translations of ancient Chinese classics will be published soon.

Huang Wei, director of the Pudong Culture, Sports and Tourism Bureau, said the second year of the program has been launched. Based on the program, Pudong will further promote Fu’s spirit across the district, she said.

Fu (1908-1966), also known to many Western readers by the name Fou Lei, translated works by more than 40 French and English authors including those of Balzac, Romain Rolland and Bertrand Russell.

Born in Hangtou in Pudong, he moved with his mother to Zhoupu in 1912 and lived there until he was 19.