A short video in which the old generation Chinese express encouragement and blessings to the young generation caused a sensation on China's social media on May 4, the Youth Day in China. Youngsters hailed the recognition of their role and their world outlook by the mainstream society of China. 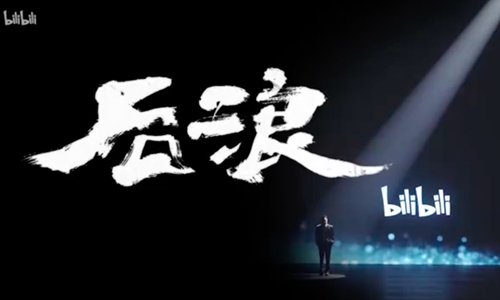 (Screenshot of the video "The Wave Behind")

The video, The Wave Behind, highlights the power and vigor of the young generation. The name comes from a Chinese proverb - just as the waves of the Yangtze River behind drive on those ahead, so does each new generation run after the old one.
In the video, He Bing, a 50-year-old actor as a representative of the older generation, recognized and appreciated the qualities of young people today. He cited their confidence, inclusiveness, and professional attitude to the things that the young generation is passionate about and the ability to turn things they love to a cause that can be shared with millions of people.
The young generation has long been one of the forces that have driven China forward. Youth Day started on May 4, 1919, the start of May 4th Movement initiated by the youth sought to overthrow imperialist and feudalist rule over China at that time.
The video The Wave Behind has received more than five million views and 20,000 comments on Sunday on Bilibili, one of the most visited ACG (Anime, Comics, and Games) websites in China. On other social media platforms, such as Sina Weibo and Wechat, have also been taken by storm.
A 20-year-old college student, Zheng Daming, who is also an amateur cartoonist, told the Global Times on Monday that she was touched about how the video showed the respect to the subculture of young people, and recognition of their limitless potential.
"You don't have to live as we imagine because our generation's imagination is not broad enough to imagine your future." That was a line in the video that brought tears to Zheng. Many of her friends, who have experienced rejection from the old generation towards their insistence on what they love, also felt strongly about it, according to Zheng.
The video has signified a change in the attitude of the older generation toward young people. It broke down the generational divide that has existed for a long time, said Zhao Lianfei, a member of the expert committee for youth development planning of the Youth League central committee and a fellow researcher of the Institute of Sociology at the Chinese Academy of Social Sciences.
"Young people in the 1990s and 2000s have long been biasedly labeled as the "failed generation" by their predecessors. However, with the increasing integration of the whole society and culture, more and more aged people begin to see how young people have contributed to the country's development and construction in their ways," said Zhao.
In particular, the outstanding performance of the 90s and 00s generations in the recent nationwide battle against COVID contributed to the older people's changed view about them, noted Yang Qiao, a lecturer from China Youth University for Political Studies.
Almost a third of the medical staff who supported Wuhan amid the epidemic were from the 1990s and 2000s generations, according to an official from the central guiding group combating COVID-19 at a press conference on March 6.
The efforts of young people during the outbreak, though unconventional, triggered a change in the labels attached to them by their predecessors, according to Wang Huifa, a 55-year-old bank employee, from Huanggang, Hubei Province. He also shared the video on his WeChat moment and admitted he used to be one of those who looked down on the younger generation.
"I saw another side of them - responsible, brave and selfless," said Wang, who learned to use social media during the home quarantine time and was very impressed after "getting into the young generation world."
The video of The Wave Behind expressed the voice of the older generation - under-standing the world of young people and recognizing their unique role in the new-era society in a modest way, which is also a reason behind the video's grand reception, Zhao said.
"One day, we finally realized that not only are we teaching you how to live, but you're teaching us how to live a better life," reads another line from the speaker in the video that echoes Wang.
Many young people also realized how lucky they are to be living in an age of technological and cultural prosperity and have the right to choose what they want.
"I think we generation are so fortunate to have more opportunities to develop ourselves in the future. Therefore, we need to be more confident and work harder to build a better country. When we grow into middle age, we will be so happy that we can witness the prosperous country that we strive for," Chen Xuemei, a college student and a Bilibili lover, told the Global Times on Monday.