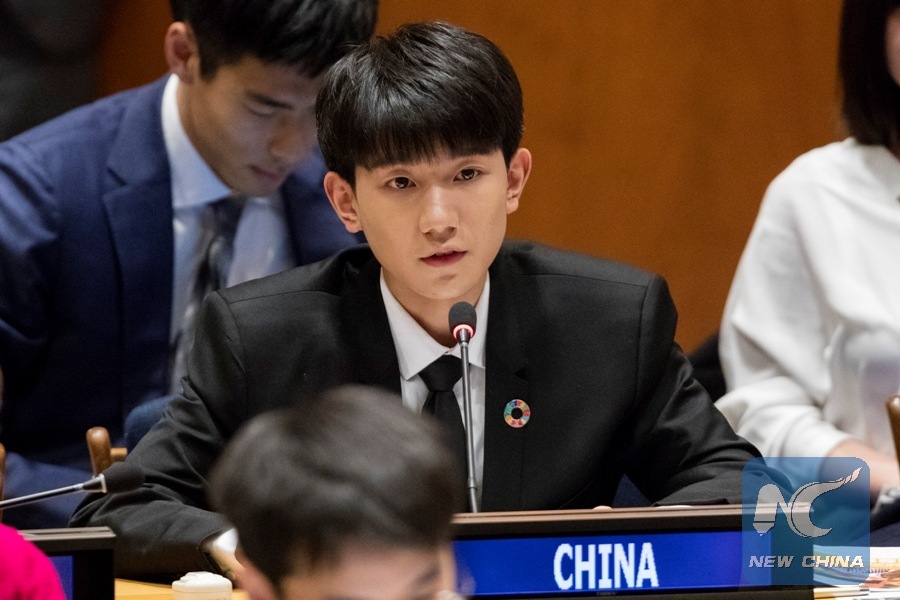 Wang Yuan, a popular youth icon, expressed regret and determination to behave himself on his social media account after getting a warning from health authorities for smoking indoors on Tuesday.

Photos revealed Wang, 18, was smoking at a Beijing restaurant on Monday night. It is forbidden to smoke indoors according to municipal regulations on tobacco control.

Wang carries wide influence as a youth icon, and his violation of regulations has triggered heated discussion online.

The star apologized for the potential negative influence from his misbehavior via his official Weibo account on Tuesday, promising better behavior in the future.

The Beijing Center of Health Supervision warned punishment would follow if they can confirm these violations, adding the matter has been under investigation in a post released on its official Sina Weibo account on Tuesday.

Based on these regulations, individuals who smoke indoors are fined 50 yuan ($7.20), which rises to 200 yuan if the culprits refuse to correct their violations. In 2016, another famous actor, Wen Zhang, was fined 50 yuan for smoking inside a restaurant.