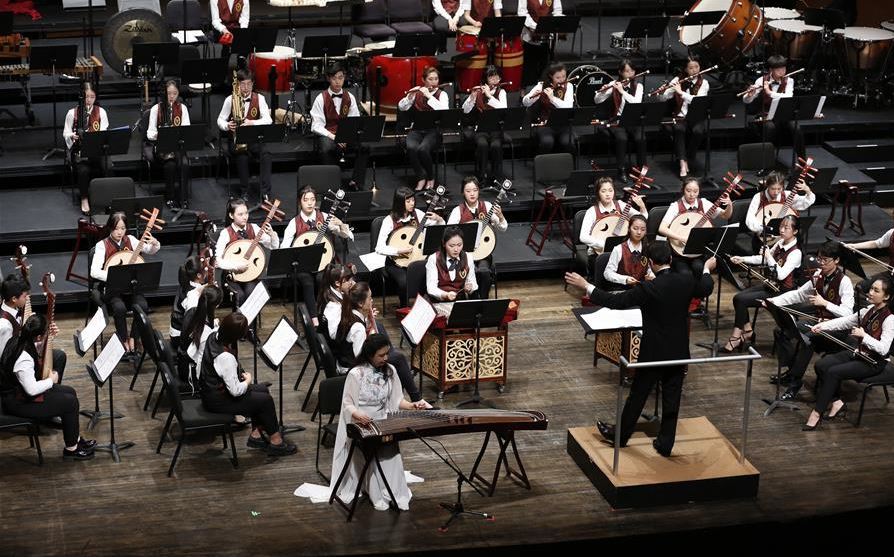 The concert featured more than 50 musicians, aged 13-22, who are attending a two-week summer academy on the Bard campus. The academy combines intensive training in traditional Chinese instruments, English language instruction, and an American cultural experience.

The young musicians will continue their US campus show Saturday at Harvard University.