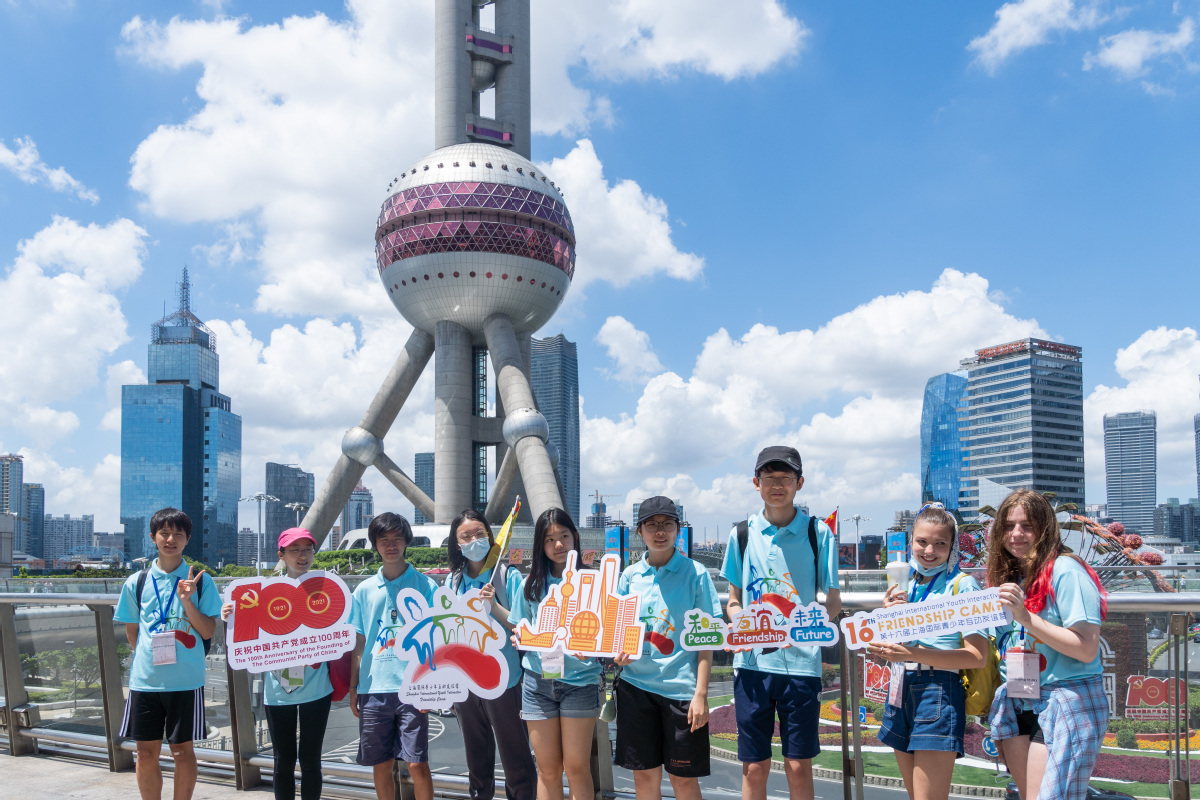 President Xi Jinping has extended a welcoming message to more young people from other countries to come to China, calling upon youth from home and abroad to increase their understanding, build friendship and secure common progress in the process of mutual learning.

The president also highlighted the importance of the contribution made by young people in the building of a community with a shared future for mankind.

Xi, who is also general secretary of the Communist Party of China Central Committee, made the remarks on Tuesday while replying to 36 representatives of young foreign participants in the Global Young Leaders Dialogue.

In his letter, Xi said he was glad to learn that the participants, all of whom are studying, working and living in China, were able to visit different parts of the nation and gain a deeper understanding about China.

He echoed the words of the participants, saying that the Chinese people, with their own wisdom and perspiration, built their richly endowed and beautiful home on the land of China, created a wonderful culture and now live the moderately prosperous life they have longed for.

Hard work is the only way leading to happiness, Xi said, adding that following a path suiting its local conditions is the most important thing for China－a country with a vast territory and large population－in its development and rejuvenation.

"Practice has shown that as the new and uniquely Chinese path to modernization grows even wider, it will bring better development to China and more benefits to the world," he said.

Even though the CPC has gone through a century of struggles, the Party has remained true to its original inspirations and dreams, Xi said.

In the new journey, Xi pledged unrelenting efforts to realize the great dream of the Chinese rejuvenation and to promote the development and progress of mankind.

The Global Young Leaders Dialogue program, jointly initiated by the Center for China and Globalization and the Academy of Contemporary China and World Studies, is a platform for young achievers under the age of 45 across the globe.

The 36 young people, from 28 countries, recently wrote to Xi to congratulate the 100th founding anniversary of the CPC and recounted their experiences and inspiration from their recent visits in China.

Muhammad Fahad Baqa, a Pakistani postgraduate student at the University of Chinese Academy of Sciences and one of the participants, said he has obtained firsthand experience on China's development and the Party's efforts in poverty alleviation.

Matteo Giovannini, a senior finance manager with the Industrial and Commercial Bank of China and one of the nine people who drafted the letter, said the participants in the program decided to write to Xi to express their gratitude for having the opportunity to be part of China's development and progress.

"I appreciated the president's support for our effort to deepen our understanding of China, something that I believe can help us become the best ambassadors of China in our respective countries thanks to the real experience that we have gained living here," said Giovannini, who is from Italy.

D.B. Kattel, an associate professor at the Institute of Tibetan Plateau Research at the Chinese Academy of Sciences, said, "The letter is highly encouraging, not only to us, but also to all younger generations, particularly for their reciprocal cooperation and relationship in the scientific, technological and social development process."

The letter was Xi's second interaction with young foreigners in China recently. He wrote back to 45 representatives of overseas students from 32 countries who are studying at Peking University in June, encouraging them to better understand China and share their thoughts and experiences with more people around the world.