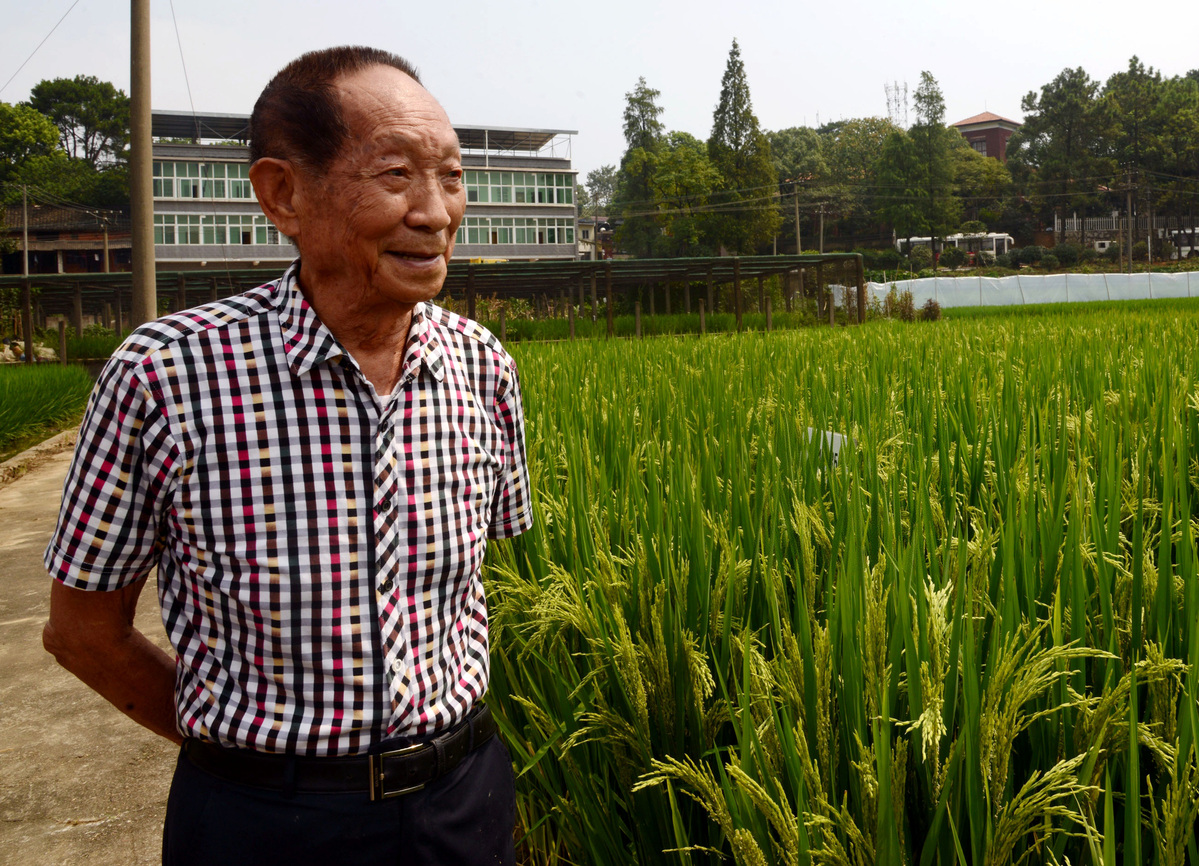 "I saw rice plants as tall as Chinese sorghum,” Yuan Longping said of a dream he once had, “each ear of rice as big as a broom and each grain of rice as huge as a peanut. I could hide in the shadow of the rice crops with a friend."

Born into a poor farmer's family in 1930 and a graduate from the Southwest Agriculture Institute in 1953, Yuan began his teaching career at an agriculture school in Anjiang, Central China’s Hunan Province.

He came up with an idea for hybridizing rice in the 1960s, when a series of natural disasters and inappropriate policies plunged China into an unprecedented famine that caused many deaths. 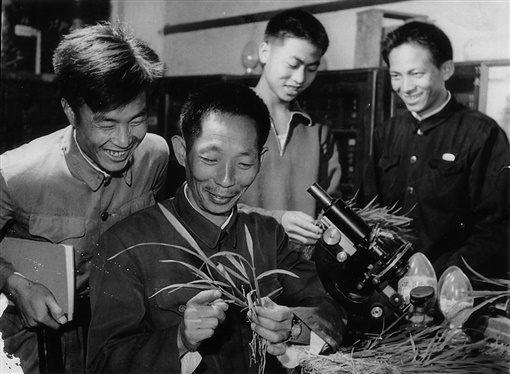 Yuan Longping works at an agriculture school in Anjiang in the 1980s. (File photo: Xinhua)

Since then, he has devoted himself to the research and development of better rice breeds.

A discovery of a peculiar wild rice species by Yuan in the southern island of Hainan in 1970 became the prelude for China's decades of hybrid rice research. Three years later, he cultivated the world's first high-yielding hybrid rice strain with three lines, namely, the male sterile, maintainer and restorer.

Since 1976, the hybrid rice has been promoted across the country and farmers reaped incredible output gains after switching to Yuan's hybrid varieties. Yuan and his team never stopped seeking an increase in the yields and have set multiple records.

Hybrid rice recorded an annual yield about 20 percent higher than that of conventional rice strains -- meaning it could feed an extra 70 million people a year. Its accumulated planting area in China has exceeded 16 million hectares, with the total grain output 658 billion kilograms in 2018, a nearly fivefold increase from 1949.

While food shortages have long been consigned to China's past, Yuan, the famine fighter, has a much bigger ambition -- to save the world from starvation.

Since the 1980s, Yuan's team has offered training courses in dozens of countries in Africa, the Americas and Asia -- providing a robust food source in areas with a high risk of famine. 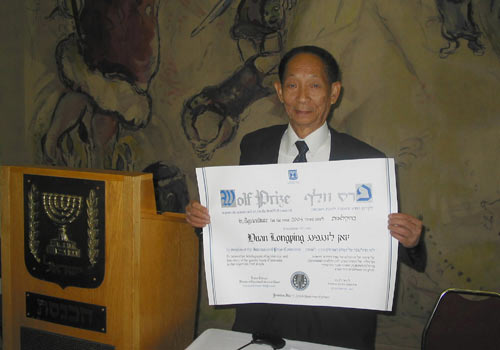 The technology has since spread to more countries. The overseas planting area of Chinese hybrid rice had exceeded 7 million hectares, with India owning the largest area of more than 2 million hectares, Yuan said in 2019.

"If half of the world's rice fields, that's about 80 million hectares, are planted with our hybrid rice, its estimated that the annual increase of rice yield per hectare would be 160 million tons, which can feed an additional 500 million people," Yuan said in an interview with CGTN in May 2020.

Yuan’s team continues breaking records. In early November 2020, the hybrid rice developed by Yuan and his team achieved a record-breaking yield of 911.7 kilograms per mu (about 667 square meters) in an experiment in Hunan.

"I would be very happy if it exceeds 880 kilograms. Now it exceeded 900 kilograms, and I am extremely happy," Yuan said after the yield was announced.

Thanks to his great contributions to China and the world’s fight against hunger, Yuan won many awards. In 2000, Yuan was among the first winners of China’s top science award, the State Supreme Science and Technology Award of China, viewed as the "Chinese Nobel Prize" and presented by the Chinese president annually. 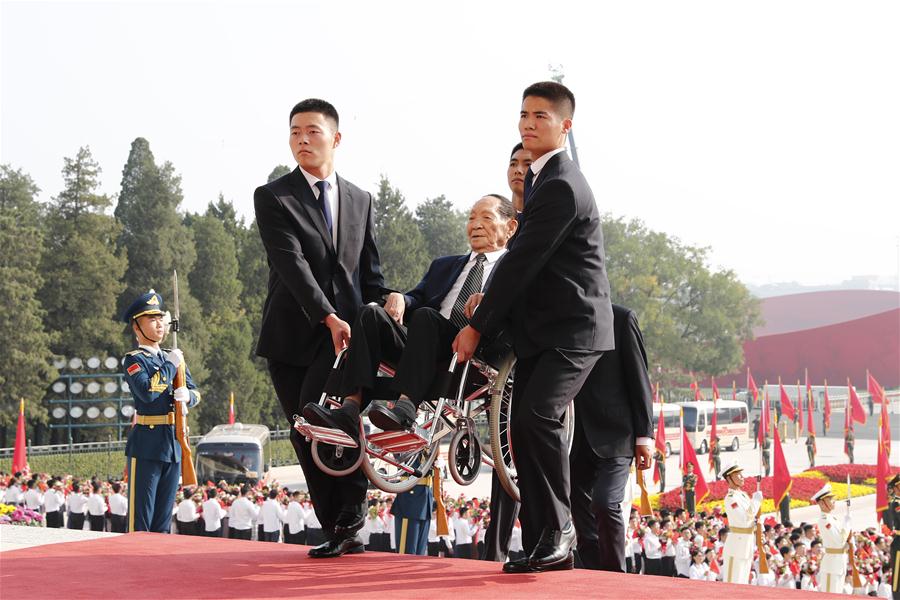 Awardee of the Medal of the Republic Yuan Longping arrives at the Great Hall of the People in Beijing, capital of China, Sept. 29, 2019. (File photo: Xinhua)

In 2018, he was awarded a reform pioneer medal with another 99 Chinese nationals at a grand gathering to celebrate the 40th anniversary of China's reform and opening-up in Beijing. In 2019, he was conferred the Medal of the Republic by Chinese President Xi Jinping.