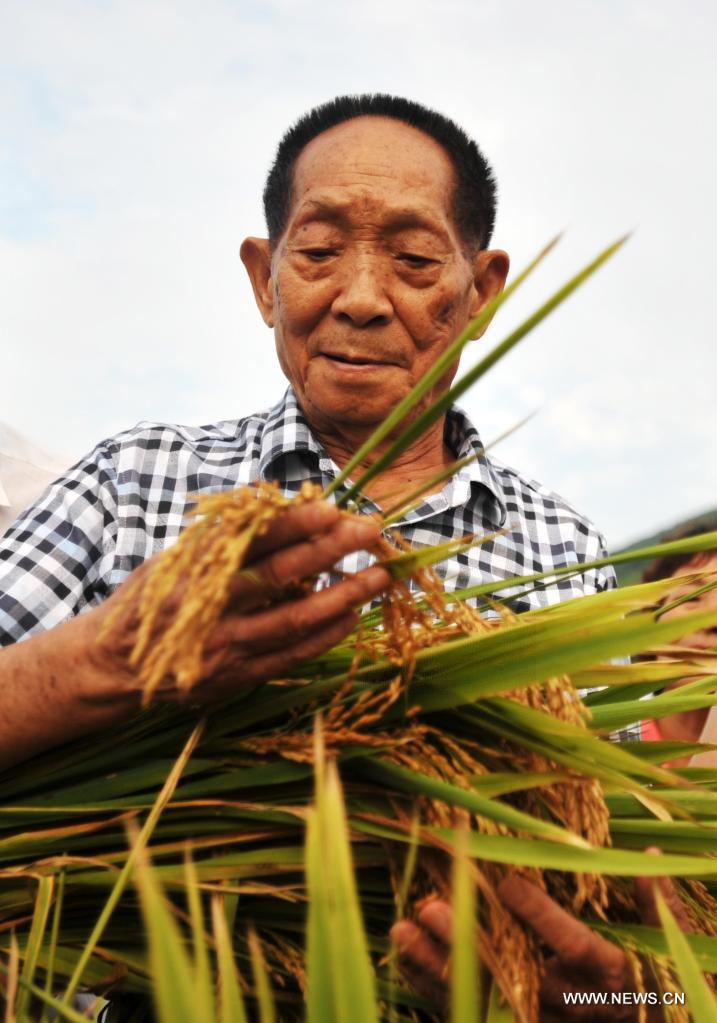 “Yuan, who cultivated the world's first high-yield hybrid rice strain, has not only earned respect from Chinese people but also the global community,” Zhao said. “His hybrid rice research has been saving millions of people from hunger globally. His death is a great lose to both China and the world.”

In the past 40 years, Yuan and his team have been providing advice to India, Pakistan, Vietnam, Myanmar, Bangladesh, Sri Lanka, Madagascar, the United States and other countries. He has trained more than 14,000 hybrid rice professionals for more than 80 developing countries through international training courses.

Zhao added that Yuan's dream is to promote hybrid rice around the world and to end global hunger. China has achieved a great wonder, feeding nearly one-fifth of the world's population with less than 9 percent of the world's total land. "We believe Yuan's dream will come true one day. China is willing to contribute more to global food security, " said Zhao.