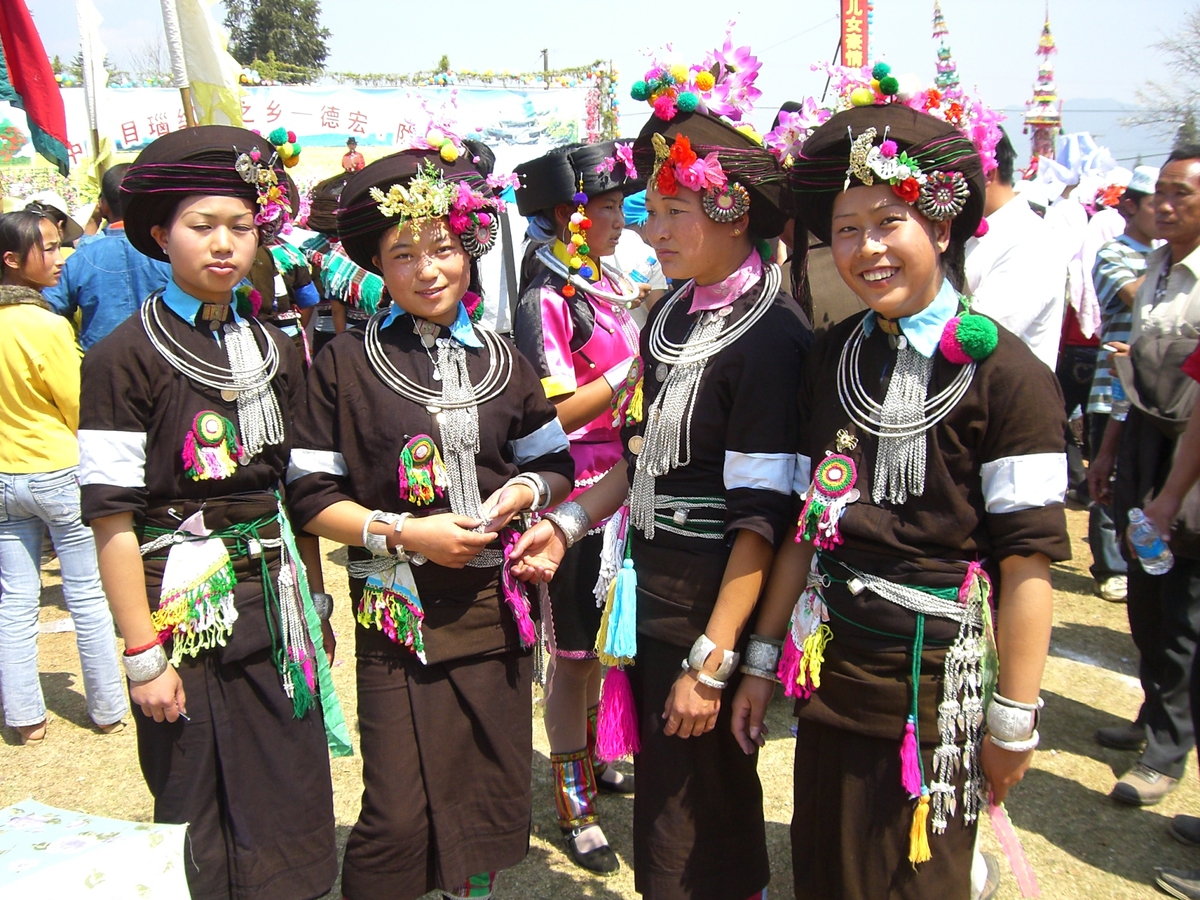 Several Achang women pose for a photo at a folk festival. (Photos by Ethnic and Religious Affairs Committee of Yunnan/chinadaily.com.cn )

The languages spoken by eight ethnic groups in Southwest China's Yunnan province will be recorded and preserved for the protection of traditional culture, local authorities said.

The province launched a four-year program on Tuesday to establish a language resource library of oral traditions of the ethnic minority groups of Derung, De'ang, Jino, Nu, Achang, Pumi, Blang and Jingpo, which have relatively small populations in the region.

The holders or inheritors of oral traditions will be the major participants in the recording work to show their language or oral communication during various folk festivals in different forms of art. 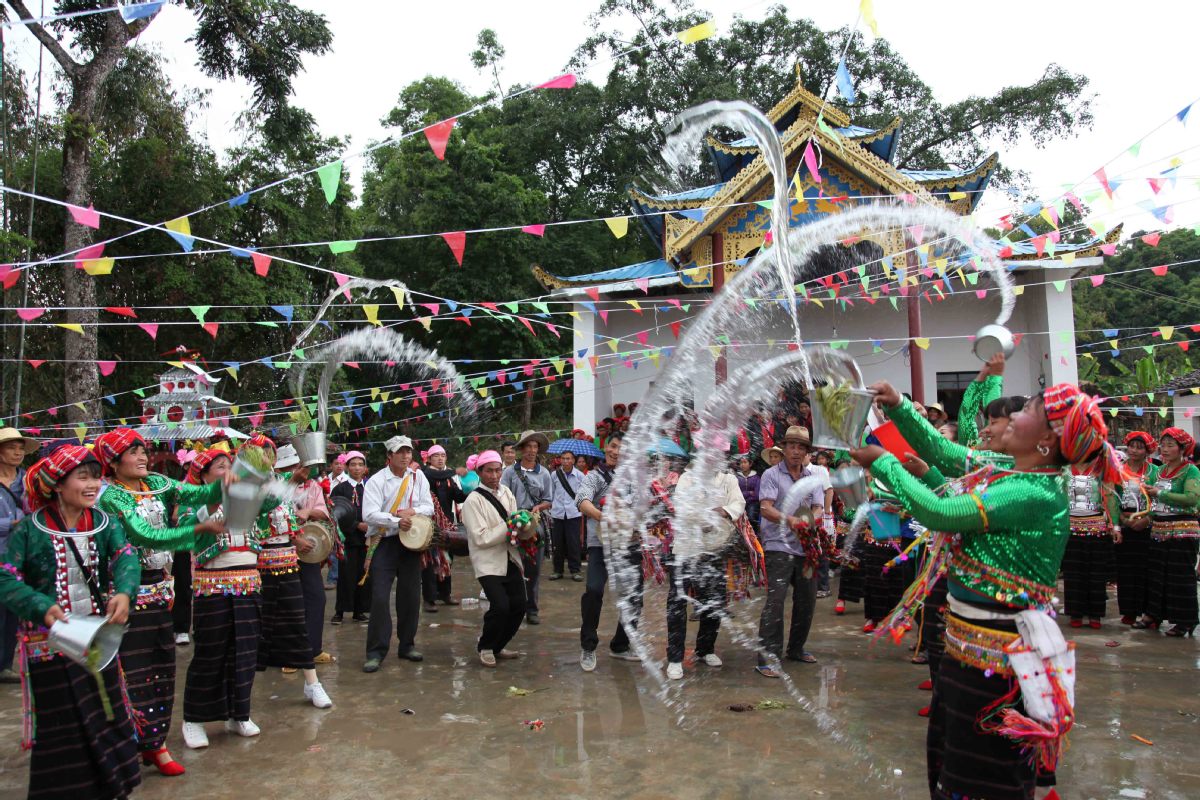 The works will be recorded through video, audio, photography and written text, according to the publicity department of the province.