KUNMING, June 10 (Xinhua) -- As the wandering wild Asian elephant herd continues its migration in Southwest China's Yunnan Province, local authorities are making efforts to track and steer the herd to avoid encounters between residents and the elephants. 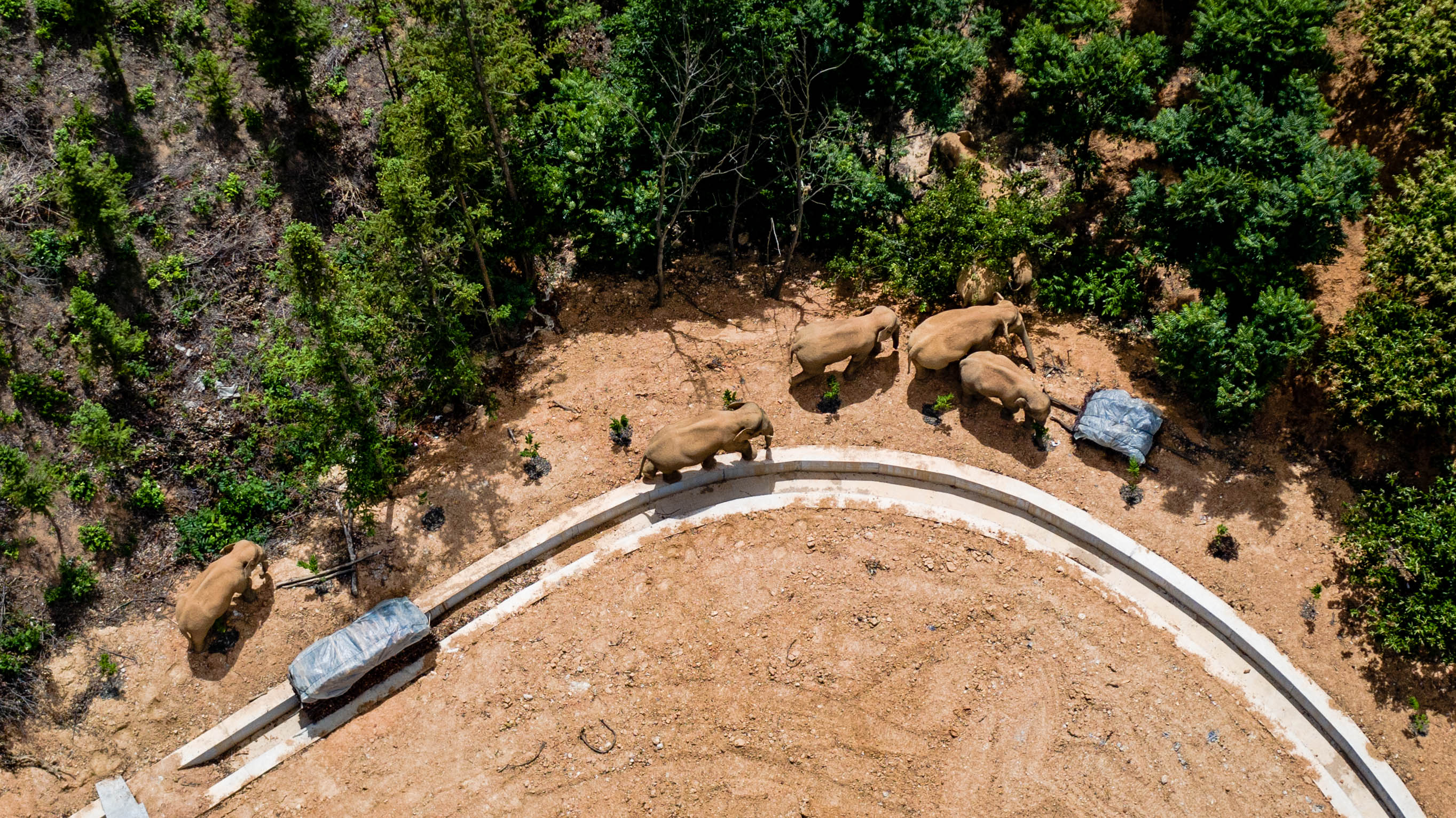 The herd recently trekked about 500 km from their forest home in Xishuangbanna Dai Autonomous Prefecture to Kunming, the provincial capital city with a population of 8.46 million.

At about 11:15 pm Tuesday, the herd of 14 elephants entered Shijie Township in the city of Yuxi, and they were seen taking a rest in Yuxi at about 11 am Wednesday, according to the headquarters in charge of monitoring their migration.

As of 5 pm Wednesday, the herd had headed 3.7 km further southwest.

A male elephant, which broke free from the group five days ago, is now about 12 km away in a forest in Anning, a county-level city under the administration of Kunming. All the elephants are safe and sound.

It is unclear why they left their nature reserve home, but on their travels, the elephants have traversed forests, forded streams, tromped through villages and towns, broken into farms, and raided crop fields.

To ensure the safety of both local residents and the elephants, nearly 1,300 people, 329 dirt trucks and emergency vehicles, and 11 drones were mobilized on Wednesday. About 2.1 tonnes of elephant food was prepared and more than 11,000 residents were evacuated.

No casualties have been reported to date.

At around 1:15 pm Wednesday, a fleet of over 20 dirt trucks that were used as barricades to shelter the herd from entering populated areas were still pulled over on the roadside in Xiyang Township of Kunming, where the elephants made a temporary stop during extended rainstorms.

Before long, the fleet received their latest command and left the township for the city of Yuxi.

He Guoyong, a truck driver, said he had been working for about a week, eating and sleeping in his vehicle.

"We are willing to contribute our efforts because we are helping to prevent potential conflicts between humans and elephants," He said.

The driver recalled that he was once only several meters away from the herd. "I dared not make any noise, because the elephants are very sensitive to sound and smell."

Besides the "barricade trucks," local authorities have also prepared corn and other food for the elephants. Fire engines were also assembled to supply them with water.

Tang Zhengfang, a local from Gaoliangdi Village of Kunming, had previously only seen an elephant on TV.

"Hearing that the elephants were wandering near our village, I was quite excited, but also worried that they wouldn't have enough to eat in the forest nearby," said Tang.

The 49-year-old voluntarily contacted the local government to donate corn to feed the giant creatures.

The headquarters sent trucks to fetch about 5 tonnes of corn from Tang. "I really hope they have enough food and drink on their journey back home," Tang said.

Zhou Wei, Party chief of Xiyang Township, said they have carried out publicity work for the villagers, introducing the living habits of the animals, as well as related laws and regulations on protecting them.

China has been making efforts to protect its wildlife, including Asian elephants. Thanks to enhanced protection, the wild elephant population in Yunnan has grown to about 300, up from 193 in the 1980s.