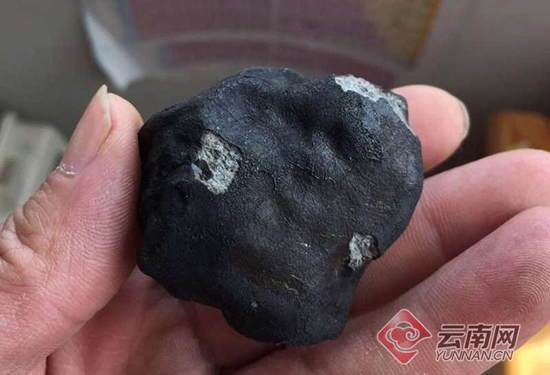 Experts have determined that a meteor that landed in southwest China's Yunnan Province is as old as the solar system, reports Yunnan.cn.

Xu Weibiao, chief scientist at the Purple Mountain Observatory of the Chinese Academy of Sciences, examined a sample and concluded the meteor was from the asteroid belt between Mars and Jupiter and it formed 4.5 billion years ago, before the sun was born from a nebula.

Xu says the meteor has great scientific value as it has not been contaminated and holds the secrets of the asteroids in the solar system.

Xu has filed an application to the international committee to officially name the meteor after the Yunnan village where it was found.

On the evening of June 1, a meteorite blazed across the sky and struck Mengzhe in Yunnan Province.

Villagers have been gathering pieces of the meteor and selling them to collectors.