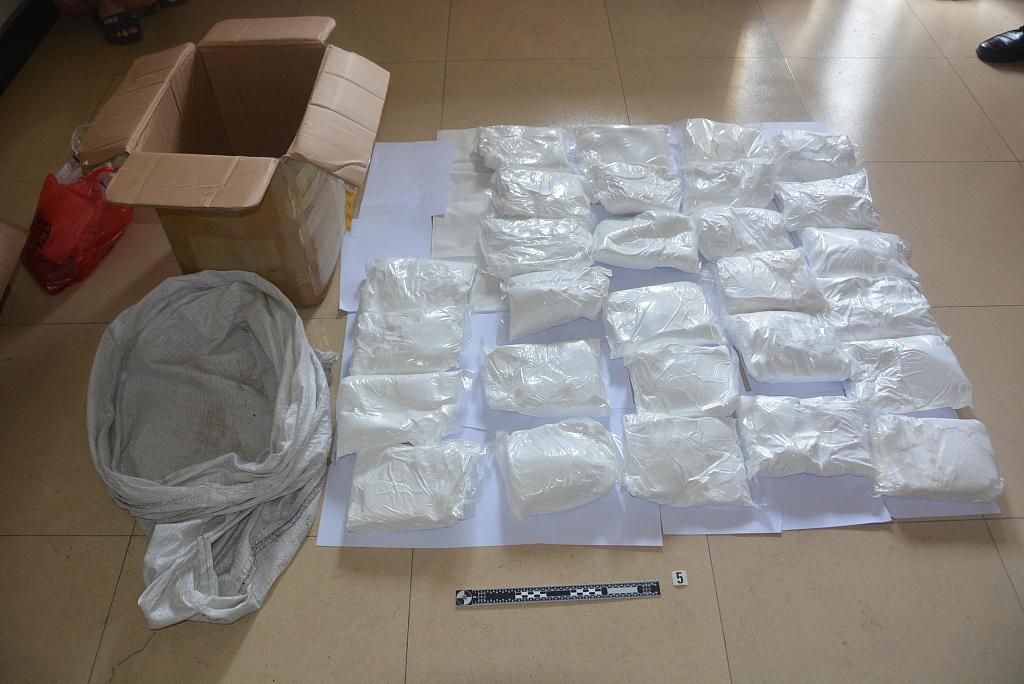 In early December 2018, police in the border city of Pu'er received a tip-off on drug deals on the China-Myanmar border. On Dec. 22, police arrested the two drug traffickers and found 348.457 kg of methamphetamine in Daluo Township, Menghai County.

Further investigation into the case is underway.

Yunnan is a major front in China's war on drugs, as it borders the Golden Triangle, which is notorious for drug production and trafficking.